Although rap, as a music form, has been existent in India since ages Ranveer Singh’s Gully Boy gave it a total makeover in India. Rap became such a fashion after the movie that first rap reality show has been staged in India for the MTV channel. 10th of august witnessed the premiere of the Hustle on MTV which is the music and English Entertainment channel in India. The show aims at bringing people under wraps, out to introduce their talent to India.

The content line of the series is based on bringing out the latent talent for rap in India. It is airing every Saturday and Sunday at 7:00 p.m.

The show has a well-known personality associated with a rap in India on its panel of judges. Nucleya, Raja Kumari and Raftaar are the mentors who will be supporting the talents and hone the rap skills of the upcoming generation who have the potential.

The show is a must-watch for music, especially rap genre, lover as they will come across the 15 artists from across India who would be selected for the show after getting thumbs up from the mentors during auditions.

Since hip-hop is becoming a rage in the country, Farzad Palia, head – youth, music and English entertainment, Viacom18 admits that this genre of music needs support from mentors. Also, MTV is focusing on getting more Hip Hop content by trapping new talent.

According to Prashan Agarwal, CEO Gaana, hip hop is a very promising music category on the Gaana, digital music streaming platform. And Ranveer Singh’s success of Gully boys is proof for the same.

Hustle is the platform which will help youth find a shortcut to express and established themselves as well deserving Rapper face in India within a short span of time.

As the Talent is not bound in urban India alone, the show wants to unveil the talent from rural India and other remote of locations beyond 8 key Metropolitan cities.

As rap needs more exposure on a mainstream level it is very important to bring new talent that can be the voice of rap and can contribute in bringing it to the leading music platforms arousing acceptance among youth, kids and elderly.

‘Hustle’ would be the reason to keep the rap momentum alive in India by providing young and talented wrappers with a big platform which will win acknowledgement for them at the national level.

As an expert from the music industry, Prashan added, saying the Indian Hip Hop artist are not properly groomed yet and there is a need to groom more Hip Hop artists.

Hustle has four brands on the board namely:-

JBL is presenting sponsor, Breezer Vivid Live Life in Color and Philips One Blade as its co-sponsors and Hike messenger as its sticker partner.

The winners will surely get the boost from the Big Brands.

The show would decide the fate of the hip-hop genre in India. So binge-watch the show to know who are the participants and how are they performing to bring rap into the mainstream music. 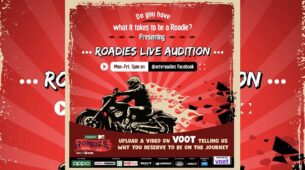 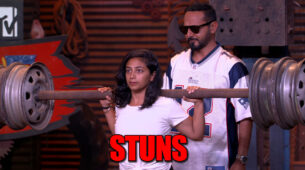