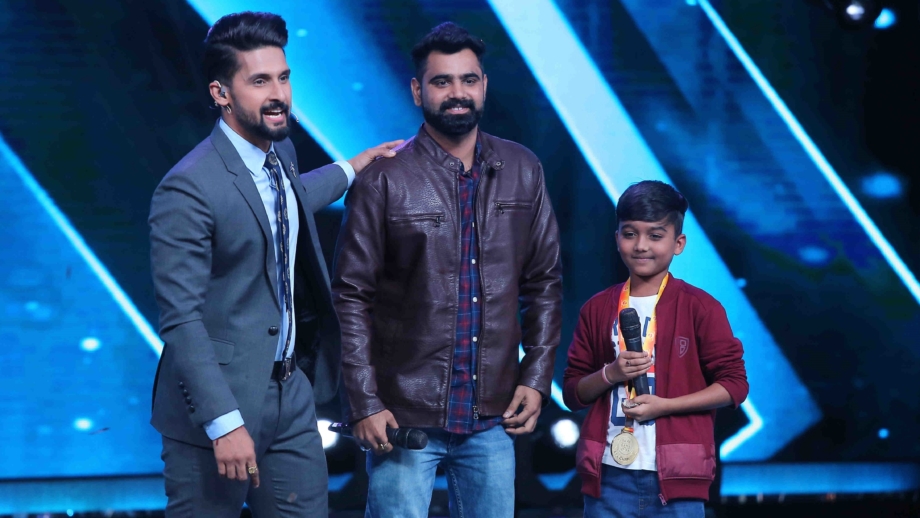 Get ready to be blown away by the superlative vocal abilities of India’s most gifted child Singers, as the exceptionally talented brat-pack makes a dhamakedar comeback with Zee TV’s Sa Re Ga Ma Pa Li’l Champs season 7.

Having premiered on Saturday, 9th February the show airs every Saturday-Sunday at 9 PM on Zee TV. Celebrating music as one of life’s important tools to put children on a path of growth and fuel their all-round development, the mantra this season is #MusicSeBadhengeHum. Watch out for some amazing performances in the mega-auditions’ episode.

A story embodying this season’s mantra ‘Music se Badhenge hum’ is that of the 11-year-old boy Mohammad Faiz who hails from Jodhpur. Mohammad has a soulful voice and instantly floored everyone at Li’l Champs with his brilliant audition. Shaan was so happy that he presented him with a ‘Nazrana’ as a token of appreciation for his unforgettable singing.

When Mohammad spoke about his love for singing and how his family is extremely supportive of his passion, he gave special credit to his neighbour Prateek Ranawat for not just being a solid support system, but being his guardian angel too. He mentioned that Prateek left everything else aside and made little Mohammad his priority, so that he can help him achieving his dream of becoming a singer!

It’s beautiful to see how two neighbors of different faiths develop such a special bond and are there for each other through thick and thin! The caste, creed, gender and religion of a person doesn’t matter when the hearts are connected. Judge Richa Sharma could not help but comment, ‘Ye Hai Hindustan’ seeing the bond of brotherly love between the two neighbors.

This week’s mega-audition episodes on Sa Re Ga Ma Pa Li’l Champs will witness judge Amaal Mallik playing the piano and the talented young contestants performing with the help of only one musical instrument to make their way in the top 16’s race.

Watch out for this amazing talent in Sa Re Ga Ma Pa L’il Champs this weekend.