Bepanah Pyaar will see a new intriguing development with the face of the mysterious guy getting revealed to the viewers. Bepanah Pyaar the Colors show produced by Balaji Telefilms has been witnessing huge drama and intrigue over the mysterious hooded man who has been ruining Pragati’s (Ishita Dutta) every attempt to get closer to trapping Raghbir (Pearl V Puri) as the killer of Bani (Aparna Dixit).

The hooded man has also been seen inside the Malhotra mansion, thus raising curious doubts on his identity.

Now we at IWMBuzz.com have news about the hooded man’s identity.

We hear that there will be an upcoming sequence wherein the hooded man will be shown speaking to someone on the phone about him being successful in taking away the proof that Pragati had.

This will be when his face will be revealed, and the man will be none other than Harshit Malhotra (Manoj Chandila), brother of Raghbir. 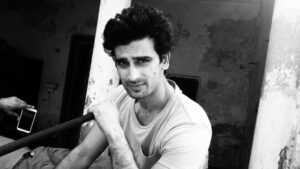 So is Harshit the main culprit in the death of Bani? Or is he just one of the pawns with the mastermind being someone else?

We buzzed actors of Bepanah Pyaar but could not get through for comment.