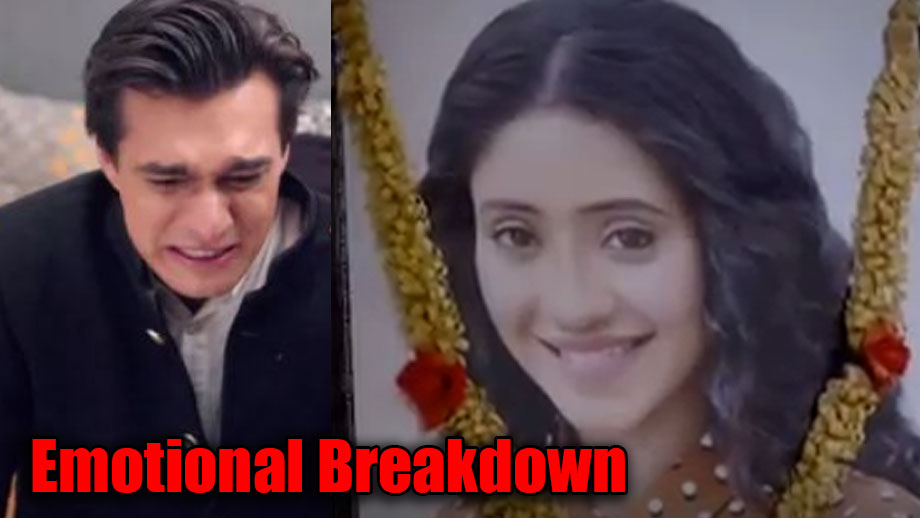 Loyal viewers of Yeh Rishta Kya Kehlata Hai produced by Director’s Kut on Star Plus have been witnessing the intriguing drama.

The upcoming episode will see a dhamakedaar twist in the series as it will take a five years leap.

In the latest promo of the show, Naira (Shivangi Joshi) is seen crying while driving the car. While she hopes to sort out their differences, she meets with an accident. Soon, Naira’s photograph with a garland is seen. Kartik (Mohsin Khan) is broken and his father tries to console him. Our grieving man refuses to understand anything and shouts at the top of voice calling Naira out, which shows his pain and misery.

The promo is heart-wrenching and the actual scene will also bring tears in your eyes.

Shares a source, “Kartik will learn about his wife’s accident and he will breakdown. The boy will be unable to control himself and will cry his heart out. He will also hold himself responsible for everything. As he doubted on Naira which led to the further happenings.”

If sources are to be believed, Mohsin nailed the scene with his incredible acting skills.

Are you excited to watch the sequence?

We tried but could not reach to Mohsin for a comment.