Yeh Rishta Kya Kehlata Hai will see Naira deciding to keep Luv and Kush away from the sight of Kairav for her kid’s well-being. Well, if Kairav’s stealing jewellery was his first crime, he has also done the wrong thing of forging Kartik’s signature in his school diary.

As we know, Naira has confronted Luv and Kush upon Kairav’s confession. Kartik and Naira confronted the boys for forging the signature and also for taking the jewels.

The upcoming drama will again be hard-hitting.

As per a reliable source, “Naira will be worried about Luv and Kush’s interference in Kairav’s life. She will feel that Kairav is getting disobedient and learning all the wrong things from them. Hence Naira will propose a distance between Kairav and the brothers.”

How will the family take this decision of Naira? 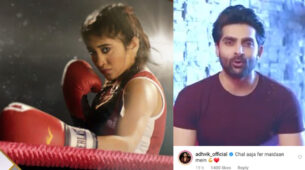