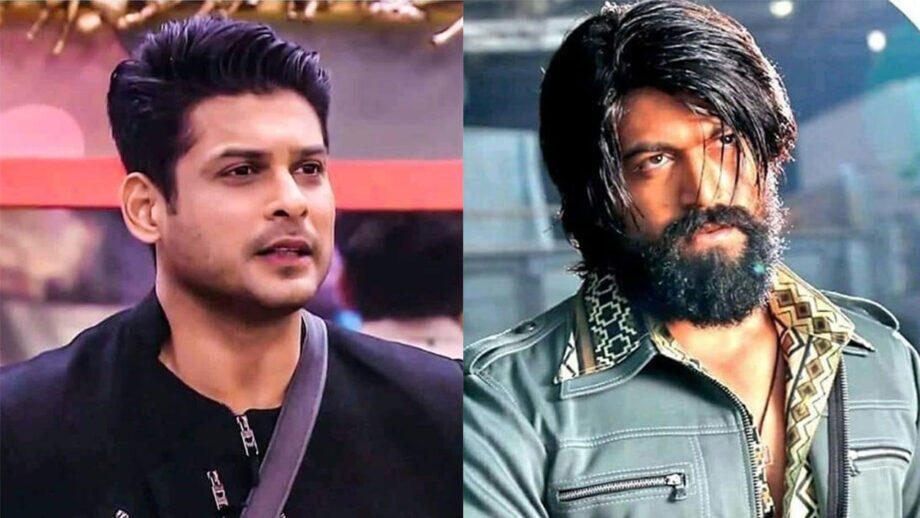 Bigg Boss 13 is one crazy season. The kind of love that the contestants are getting outside is unimaginable. While some have slammed it as the most negative season, there is no denying that is pure masala entertainment with all the sugar and spice. And one of the contestants who has contributed the most to making it a hit season is Sidharth Shukla.

From being good to his friends and lethal for his enemies, the TV hunk has shown all his sides. Some days back, we saw that a fan had made a video showing Sidharth Shukla as the Kabir Singh of the Bigg Boss 13 house. The video went viral and was the talk of the town.
Well, now a fan has made a video of him on K.G.F: Chapter 1. Sidharth Shukla takes on the role of Rocky Bhai in the video.

As we know, in the film actor Yash played the role of Rocky Bhai, a Mumbai ganglord who returns to his roots in Karnataka. He is told to eliminate the kingpin of a mining concentration camp, which is away from the eyes of the world. The film was a hit in the Hindi belt as well.

Rocky with his personality won over the hearts of the audiences.
The video has the trailer of the film being played in the background. It further shows Sidharth’s rollercoaster ride of a journey inside the house. From his aggressive fights to his tasks inside the house, his journey looked quite similar to Rocky’s from KGF.

Check out the video here: