Bepanah Pyaar 05 August2019 Written Update of today’s episode we see Raghbir tells Pragati about Bani and how much he loved her. 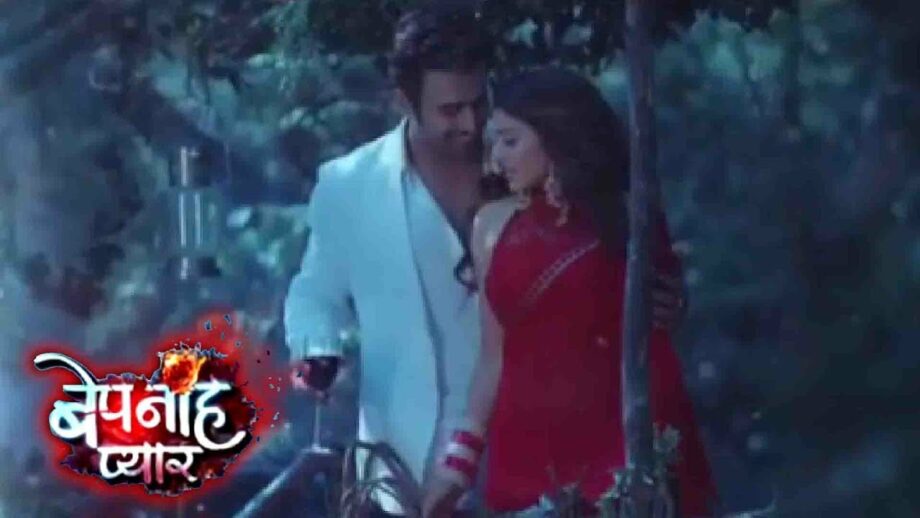 Today’s Bepanah Pyaar 05 August episode begins with Pragati (Ishita Dutta) saying she felt that love which he was talking about, he lied to her, he made believe that but she knew why he was doing this drama, he was not guilty, he was doing drama to make everyone think that he loved her too much to kill her. Prashant said why he didn’t say truth today. Pragati said he didn’t take that medicine, he got angry today with two questions and lied but they will keep asking him, his fear will make him confess it.

Aditi told family that Raghbir (Pearl Puri) was about to kill that reporter. Devraj said Harshit handled it. Aditi said Kuldeep was trying to make Raghbir fine, she was trying to take alcohol away from him, if he came to consciousness then he will question Bani’s death and would know that it was not an accident, he knew that they were not happy with his marriage with Bani, they had to get Raghbir distracted. Shalu said they can make him focus on Pragati, he had got Pragati’s blood samples, now they will know what she was hiding. Pragati came to servant quarters and met sushma, she said she needed her help one last time. Sushma nodded and took Bani’s mask out.

She wore it and turned around. Pragati looked on. Pragati said they had to bring Bani back in house to scare Raghbir, they had to find killer and make him confess. Sushma was deaf and dumb and nodded. Pragati said she had helped her so much, she made everyone believe that Bani’s soul lived here, she created that environment to bring truth out, they have to do it, she had to help her today. Sushma was tensed but nodded. Pragati hugged her and thanked her. She left. Pragati was going back to her room but got scared seeing Raghbir there. Raghbir said why she was walking at night. Kuldeep asked her to take care of him; he was not in his room. Pragati said she heard some noise and went to check it. Raghbir said she was stammering she was lying. He laughed and said he was just joking, they asked him about Bani like he was standing in a witness box all the time.

Pragati said he was hurt when they asked about Bani. She saw wound on his hand and said how this happened. Sushma got ready as Bani in red saree and recalled how Pragati asked her to come to balcony in 15 minutes. Pragati bandaged Raghbir’s wound and said it must be hurting. Raghbir said not more than someone one loved leaving. Pragati said she knew it hurt, he left her and then broke her heart. Raghbir said she knew his pain, they had a lot in common. Pragati said he really loved Bani. Raghbir said he just didn’t love her, he lived her, he showed his veins and said she ram like a blood in him, he lived in her memories, he was dead after her, he felt she was around him, he can feel her, looking at him from somewhere, like she was very close to him, like she was here, really near. He went near Pragati. Pragati recalled her moment with him when she was his Bani. Raghbir saw Bani standing behind her and was shocked. He said Bani. He ran behind her but she was gone. Raghbir said he saw Bani here. Pragati said she didnt see anyone. Raghbir said Bani was here. Pragati said it was Bani’s soul, when someone leaves suddenly they comeback to live where they wanted, it was Bani’s soul. Raghbir left from there. Pragati said she knew he would get scared, one day he will tell truth himself. The written update of 05 August2019 Bepanah Pyaar episode full story ends here.