Divya Drishti 01 September 2019 Written Update of today’s episode we see how Divya and Drishti returned to the Shergill house but Rakshit failed to recognize them. 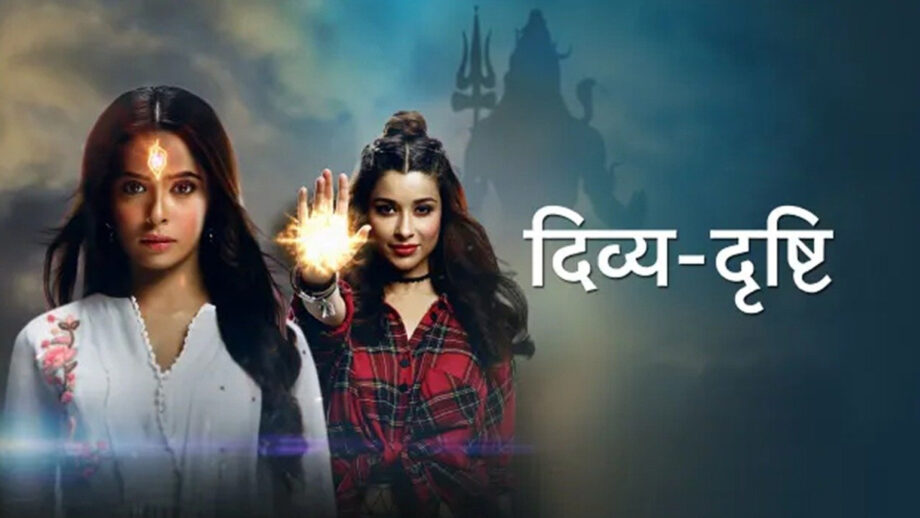 Today’s Divya Drishti 01 September episode begins with Romi mourning for Drishti (Sana Sayyed) and Divya’s (Nyra Banerjee) death. He begged God to bring back Drishti and Divya. Pishachini performed the tehrvi puja. Kaal Devta and Raingini accompanied Pishachini. Pishachini panicked when the three gems didn’t appear before her even after the last rites. Raingini failed to find the gems in the building. Kaal Devta got angry at Pishachini. Pishachini said that she had other plans to get the gems. Drishti and Divya came back miraculously. They welcomed Ganpati Bappa with all their heart. Divya and Drishti rescued a child from danger.

Drishti and Divya used their powers to lift an ambulance in the air. They couldn’t to see that the patient inside was Rakshit. The sisters performed tandav in front of Lord Shiva’s idol. Rakshit gained his conscious and returned to Shergill house. Mahima and all the other family members were delighted to see him back. Drishti decided to reach out to Shergill house but Divya stopped her by saying that Pishachini was a powerful black power. Drishti got angry at her. Divya made her understand that they would face Pishachini with a proper plan.

Drishti convinced Divya by saying that they were super powerful and they can defeat Pishachini. Divya felt reluctant to visit Shergill house. She said she had killed Shikhar and now she couldn’t face anyone in the family. Drishti tried to slap Divya in anger. She said that the guy she killed was not Shikhar but an imposter. A surf boat appeared before the sisters. Divya and Drishti suddenly realized that their personalities had got interchanged and as a result Drishti could move things with her powers like Divya. Drishti and Divya rode on the surf boat and levitated.

They reached the Shergill house. Rakshit opened the door and inquired about her name from Drishti. Divya and Drishti were shocked to see that Rakshit failed to recognize them. Pishachini came from behind and called out Rakshit’s name lovingly. Drishti changed her appearance using her powers and turned into a salesgirl. She decided to enter the house. Pishachini told Rakshit that he was her husband and so he should only focus on her. Divya changed her appearance and turned into a salesman. Pishachini didn’t let Drishti and Divya to enter the house. The written update of 01 September 2019 Divya Drishti episode full story ends.