Today’s Divya Drishti 18 August episode begins with Rakshit controlling Shikar with his powers. Drishti (Sana Sayyed) told them that Pishachini had replaced the real kamandal and tricked them. Drishti was panicking, knowing that Pishachini had activated the powers of the second gem. Divya (Nyra Banerjee) was shattered as she lost her powers.

Romi comforted Divya with his words. Divya felt bad thinking about Shikhar turning into monkey man. Drishti blamed herself for everything. Drishti and Rakshit got into an argument when the lady decided to fight Pishachini all alone. Rakshit said he had promised himself not to leave her alone. Rakshit said he could not live without her and so he would not let her face the threat alone. The two shared a romantic moment staring each other. Shikhar came to deodi to meet Pishachini.

She asked him to pretend as a victim in front of Shergill family members so that they could reveal all their secrets to him. Shikhar called out Divya for help. All the family members rushed towards Shikhar’s room and tried to control him. Divya plugged cotton in his ears to stop him from reacting to the tune of the damru.

Drishti saw a vision of a fire breakout. She got worried due to that vision. The Shergill family members geared up to celebrate the occasion of Rakshabandhan with Rakshit and Shikhar. Rakshit put Shikhar and Romi in handcuff so that he could stop Shikhar from being affected by Pishachini.
The family membered gathered to celebrate the occasion of Independence Day. Pishachini planted bomb in the building. Drishti and Divya tied rakhi’s on each other to celebrate their sisterhood and they promised each other to always have each other’s back. The written update of 18 August 2019 Divya Drishti episode full story ends. Nisha Rawal and Suhana Mudvari in Star Plus’ Shaadi Mubarak 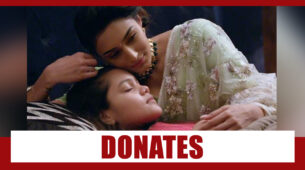 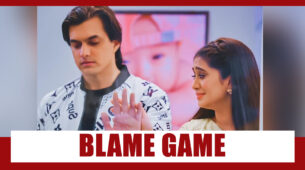