Divya Drishti 19 May 2019 Written Update of today’s episode we see how a stranger approaches the palace and opens the door. He finds Drishti lying helpless on the floor and asks Drishti to look at him. 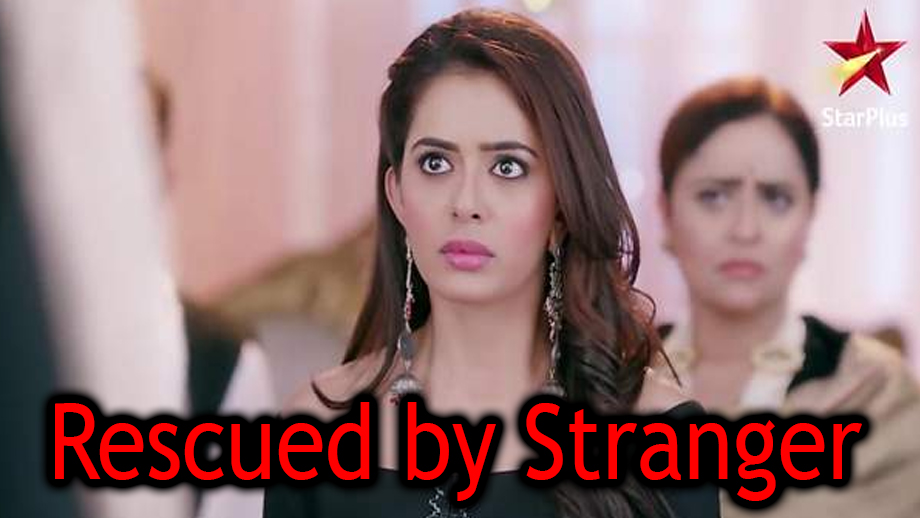 Today’s Divya Drishti 19 May episode begins with Shikhar seeing Divya (Nyra Banerjee) flying in the air. Divya warns Shikhar not to go against her. Shikhar threatens Divya to give him his share or else he will ruin her plan. Drishti (Sana Sayyed) cries for help and searches for a way out from the temple. Rakshit (Adhvik Mahajan) searches for Drishti everywhere.

Divya misleads him. Rakshit worries about Drishti. Mahima gets angry on Rakshit for supporting Drishti. Shikhar comes and says that he saw Drishti leaving some time back. Drishti gets scared on seeing a room filled with lava. Divya, Bichhu, and Shikhar fool all the family members concerning Drishti’s location. The lava flows down towards the hall area where Drishti is struggling to sneak out. Rakshit refuses to leave with them until Drishti comes.

Divya, Drishti, and Bichhu keep an eye on Rakshit. Bichhu tells Divya about lava flowing in beneath the ground. Divya gets happy by stating that now Drishti will die soon. Drishti cries as she gets multiple burns on her body. Rakshit steps out of the car and comes to the haunted palace while searching for Drishti. Divya and Shikhar fail to see Rakshit moving out of his car. Drishti tries to motivate her to face the situation bravely.

Rakshit gets Drishti’s bangle lying on the floor. He tries to remove the door but fails. A stranger approaches the palace and opens the door. He finds Drishti lying helpless on the floor. He asks Drishti to look at him. Drishti requests him to help her. The stranger crawls up the walls and pillars and manages to reach to Drishti.

Divya and Shikhar come to the palace to find Drishti’s body. Divya gets the rahasya star from Drishti’s purse. Meanwhile, Rakshit finds Drishti lying unconscious on the floor. Divya fumes in anger on seeing Drishti alive. Bichhu hides Drishti’s purse in Divya’s room before Romi could see it. The written update of 19 May 2019 Divya Drishti episode full story ends.