Today’s Ek Bhram Sarvagun Sampanna 26 July episode begins with Clients leaving after cancelling the deal with Pooja (Shrenu Parikh). Kabir arrived in the tempo there and apologized to the clients. Clients were delighted and handed the check to Pooja. Pooja was pleased and congratulated them; she invited them for her party. Pooja was displeased when Chopra booked a five star hotel. Rani was mad as Pooja started praising Kabir.

Daadi was proud of Kabir for saving the deal. Pooja got informed by the police that the guy who stole the temple has been caught and said that Kabir had ordered them to do so. Pooja fell into the trap set by Chopra. Jay was also at the same hotel with his girlfriend. Everybody arrived at the dinner while Kabir and Pooja confronted each other.

Pooja got Kabir’s chair removed and other workers offered him chairs. Chacha accidentally dropped his plate on the floor and the waiter started scolding him. Chopra insulted Kabir. Kabir was angry and blamed Pooja for ruining the party and insulting them deliberately.

He asked the waiter to pack the food and left with the workers. Jay realized he didn’t have enough money to pay the bill. Kabir tried to help but was short on money too. Pooja helped him as a favour to him. The written update of 26 July 2019 Ek Bhram Sarvagun Sampanna episode full story ends here. 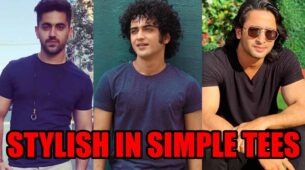