This episode is all about Antra has kidnapped Angad and the family members try to call Angad and talk to him. 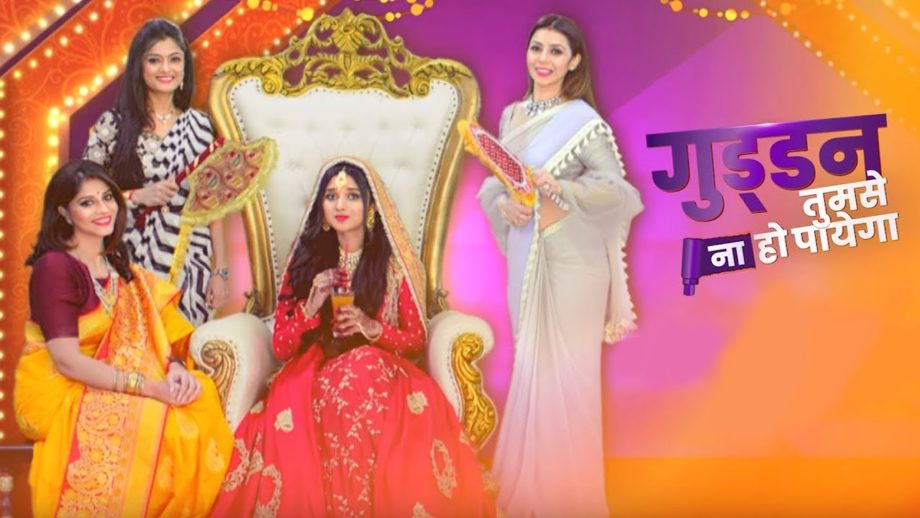 Today’s episode of 06 September 2019 starts with Revati Keeps Calling Angad several times. Guddan than asks Revati that are you ok? She says that I am calling Angad but he not picking up my call. We had to meet but didn’t decide the place. Can you ask AJ, please? Angad never does that. Guddan calls AJ. Dadi says she shouldn’t be worried. Guddan says is everything okay there? She says Revati wants to talk to gat. AJ says he is asleep. There was a lot of work today. He hangs out. Guddan says Angad is asleep. He was tired. Revati says thank God. Guddan says something isn’t right. AJ is lying or something. We can’t go there. I can’t but you can. go and check if Angad is there.

Angad than says that is my brother Aj Comes To Know that I am here then he will for sure kill you. Who are you? Antra say that your brother cannot find me ever. Then she says that I will bury you in the wall and you will be Anarkali and laughs a lot. Bhushan says to Guddan why are you denying his love? You can’t see what your parents can. Your eyes could always tell me what do you want. You are all grown up but your eyes are the same. Eyes never lie. I know you have a love for him in your heart. Don’t let that love go away from your life. Guddan cries. Guddan says I don’t know what to do. I don’t know if I can do this.

Than Angad says that please let me go. He is buried in the wall and his face is out. Antra says that you have to suffer because of your brother. She says that now the game will become more Interesting as this oxygen cylinder has less oxygen so now will leave here you for die. She says bye and closes the door. Revati is tensed and she says that Angad went to the hospital alone why didn’t anyone go with him. AJ says that he was not that ill. AJ then gets a call and so he goes upstairs. Dadi and Durga go to the kitchen and say let us get you something. Everyone seems to be worried. Revati calls Guddan and says something is wrong. And there is a box with nail and blood in it. Please come.

AJ says let me talk to Angad. Antra says you do what I ask. Come here. If you come late then I will cut his fingers. AJ says that I will kill you. Kishor says that we should be calling the police but AJ says no Dadi says yes. Guddan says dadi put a hand on my head and let me there isn’t anything wrong. Durga says noting is right in this house. Guddan says what.