Guddan Tumse Na Ho Payega 16 May 2019 Written Update of today’s episode we see how Lakshmi has proof that Guddan has indeed tried to burn Durga alive. 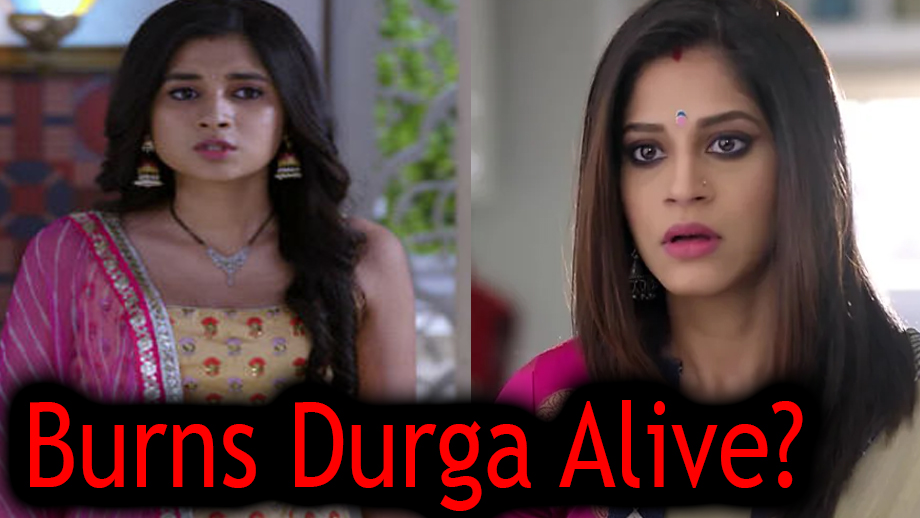 Today’s Guddan Tumse Na Ho Payega 16 May episode begins with AJ (Nishant Malkani) returns with the speakers and continues his date with Guddan(Kanika Mann). He says that he has heard everything that happened between Durga and her. He also supports Guddan while saying Durga was wrong in trying to hit her. Guddan is happy to have AJ’s support. Saraswati speaks to Durga telling her that once again Shanti Bua was proved wrong because she tried to hit Guddan.

Shanti Bua also scolds Durga for her actions. She asks Durga to apologise to Guddan for her actions. Durga apologises to Guddan in front of the entire family. Guddan refuses to forgive Durga because there is no sorry or thank you in friendship and hugs Durga.

However, Durga is later is seen tied to a chair. A woman walks in the room and throws kerosene around the room. She lights a matchstick and starts a fire that surrounds Durga. Lakshmi is going to the kitchen to get water to drink.
She sees the room on fire and sees Durga. She calls everyone in the family to help. AJ shows up and rescues Durga from the fire. He asks Durga what happened to her. Durga says that Guddan tried to burn her. She even asks Lakshmi to show the proof. Lakshmi shows Guddan’s bangle which she found outside the room where she saw someone is Guddan’s saree running away from.

Durga says that it proves that Guddan tried to burn. Even Shanti Bua jumps in to accuse Guddan. However, tells them it proves nothing and supports Guddan. The written update of 16 May 2019 Guddan Tumse Na Ho Payega episode full story ends here.