In today's episode of The Kapil Sharma Show Written Update 5 May 2019, the Student of The Year 2 cast including Tiger Shroff, Tara Sutaria and Ananya Pandey have lots of fun tonight. Today’s The Kapil Sharma Show Written Update 5 May 2019 had students from Student of the Year 2, Tiger Shroff, Tara Sutaria and Ananya Pandey gracing the couch. The trio has lots of fun performing songs from their upcoming movie on the stage.

Kapil takes this opportunity and tests the actors on their Hindi, Math and translation skills. Krushna Abhishek and Kiku Sharma also play a round of Kaun Banega Crorepati with the three which leaves everyone in splits.
Kapil then asks Tiger what was the difference between real college and the set of Student of the year when Tiger tells him that he wouldn’t know because he hasn’t been to college. So, working on the movie was his only college experience.

Tiger also talks about his experience while working with Hollywood star Will Smith and how he was excited about sharing the screen space with such a big actor. He then tells Kapil how he sees them both similar in terms of how humble they are considering being so famous.

Bharti Singh disguised as Guddu enters and talks about how Karan Johar’s grand school life pales in comparison to real life schools. Guddu then goes on to flirt with Ananya Pandey and Tara Sutaria. The three then take the stage to perform the romantic number Ishq Wala Love.

Later, Kapil asks them if anyone harboured a crush on their teacher. While Tara and Ananya say no, Tiger admits to indeed having one on one of his school teachers.

Krushna Abhishek dresses himself up as Jackie Shroff. This leads to Archana Puran Singh reminisce about their struggling days and sharing stories about it. She says how she considers Jackie as one her most dear and caring friends in the industry. 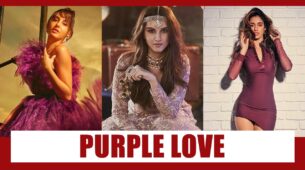 Fall In Love With PURPLE: Nora Fatehi, Tara Sutaria And Disha Patani's Purple Outfits That Will Inspire You 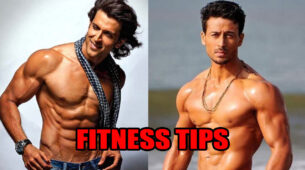