Kasautii Zindagii Kay 14 August 2019 Written Update of today’s episode we see how Anurag confronts Prerna and sees a glimmer of love in her eyes. 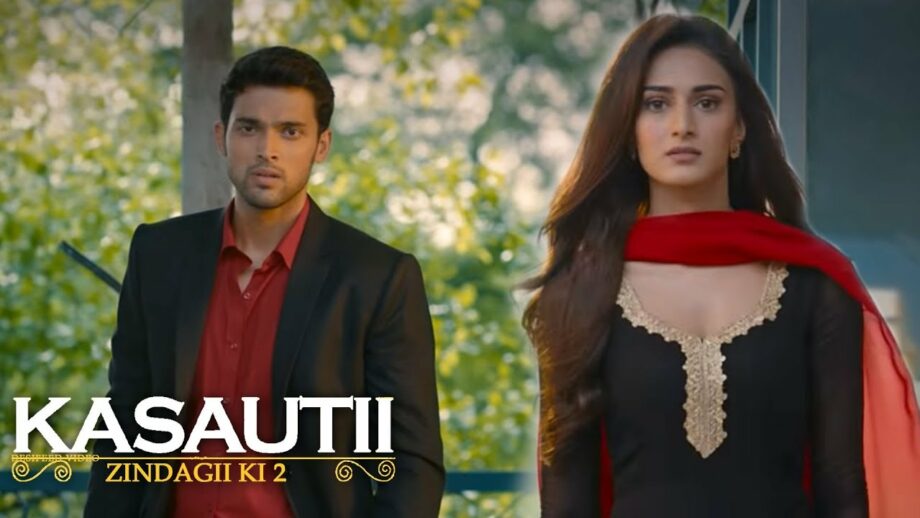 Today’s Kasautii Zindagii Kay 14 August episode begins with Mishti (Rhea Sharma) revealing that Kuhu is not her real sister and that their relationship is not close. Rajshri realized Kuhu and Mishti were fooling everyone by acting sisters. Meenaskhi and Kunal left the Haldi rituals.

Abir (Shaheer Sheikh) said he needed some time to talk to his family. Varsha was worried that if they would continue with the marriage or not. Kuhu apologized to Vishambhar for lying about Mishti and her relation. Vishabhar was further upset with Varsha for not telling the truth to Kunal on time. Abir asked if Kunal wanted to marry Kuhu.

Kunal said he was confused and thought he had taken the decision of marrying Kuhu in haste. Parul tried to comfort Kunal. Kunal was worried for Abir and wondered what will happen if Mishti left. Meenakshi instructed Kunal to not answer Kuhu’s call. Mishti wondered about Meenakshi’s decision after her actions. She packed a suitcase and Rajshri questioned her about it. She said she was leaving for Mumbai.

Abir wondered why Mishti hid the truth from him. Meenakshi confronted him about his feelings and Mishti’s behaviour. Rajshri was upset with Mishti’s decision. Mishti said she would come back after the wedding. Parul decided to talk to Abir about the things she’d been hiding. The written update of 14 August 2019 Kasautii Zindagii Kay episode full story ends here.

In the upcoming episode of Kasautii Zindagii Kay, watch Meenakshi agrees to continue the wedding only if Mishti stays away from the function. Stay tuned!