In Kasautii Zindagii Kay Written Update 19th March 2020 episode, Prerna convinces Veena to come with her to her house. Veena says happiness is back. Prerna has a flashback about Komolika. 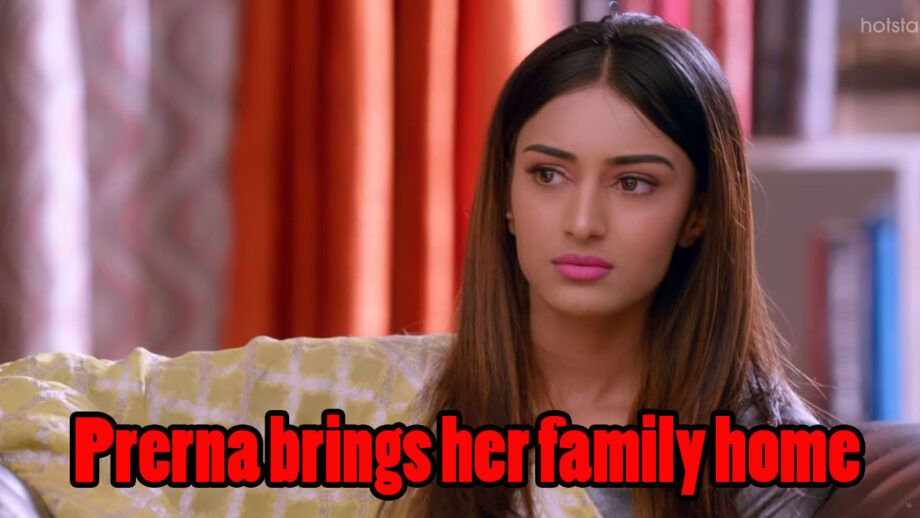 The episode begins with Mr Bajaj telling Prerna that she should tell her family about her achievements and bring them to her house. Prerna tells her family about her company, her house and convinces them to come to her house. Veena tells her they will come only if she lets them do their work. Prerna agrees and Veena gets happy to hear about Kuki. At college, boys are awed by her beauty but Kaushik avoids her. On the other hand, Prerna talks to her family and Kajal thanks her. Prerna asks Mahesh why he is silent. He says he wanted to become a cricketer. Prerna says, doesn’t matter, she also wanted a simple life and a trustworthy partner, but what did she get.

Kuki spots Kaushik flirting with a girl and hugging her shirtless and so she shouts. Prerna tells her family that because Anurag cheated, she became a strong woman. Prerna says she is hungry and asks Veena to cook for her. Veena agrees and says she missed her. Veena says that it feels like happiness is back.

Prerna says she felt weak many times and the thought of one person, who gave her the courage and taught her to fight was Veena. She says Veena taught them to be strong and fight. Shivani asks Prerna whether she met Anurag and Komolika. She says Komolika has the entire Basu business in her hands. Prerna says she gave him a big shock and he will never forget that Prerna is back. She goes and has a flashback of Komolika saying I hate you, I had warned you that I will make your life a nightmare, Anurag and I missed you a lot, life got simple after you went, it got boring, you are back now, it will be fun to hurt you. She warns Prerna and taunts. She says I have the Basu company business in my hands. Prerna asks are you done, can I go now. Prerna thinks we will see who is a cat and who is a tigress, time will show.