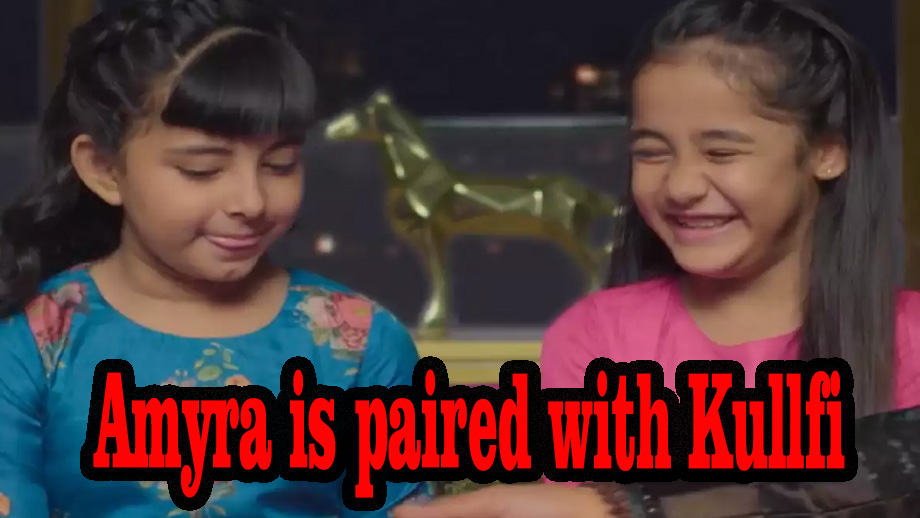 Today’s episode begins with Harsh praising Amyra, after which she thanks him and then Harsh asks her to call him bhaiya. Sikander is then welcomed on stage

Amyra hugs him, after which Harsh asks judges to rate her performance. The pandit praises her and says she did well and scored a 6, Usha praises Amyra for her fusion and scores her 8, Udit says she was good but Benam’s lead was better so he gave her a 5. Harsh says Amyra’s total is 19. Harsh invites all other contestants on stage, Kulfi looks at Sikander, Bebe asks Gunjan why has Kulfi hidden her face, Benam and Amyra tie again but both successfully enter top 8.

Mahesh complains to Mia and says she would like to quit, Mia says she doesn’t mind, he is short of work but she is not short of finding a guru, and that he knows that Benam has huge chance to win, then why is he actually over reacting. Mia is heard telling Falana that this round will be duet.

Harsh welcomes lucky 8 contestants and announces the same thing that the next round will be a duet, and if they are a team then they will have a representative. Rocket says to Kulfi that she is their star and hence she will be representing them. Kulfi doesn’t wish to pair up with Amyra and Amyra has a similar reaction of not anting to pair up with a “dirty girl”. When Harsh sets up the pairs, he announces Benam and Amyra as the next pair.

This shocks Kullfi and Amyra. Meanwhile, Mohendar sees kulfi and gets emotional.

Harsh asks judges to say something about the most excited combination Amyra and Benam, to which the judges say it is very exciting because they are very opposite personalities. Pandit however says that Benam will ruin Amyra’s performance too.

Harsh then calls Sikander on stage, and asks his take, which is when Sikander says it’s destiny they are together and they have to stand on what they are assigned, and when they are together they all win, even when there are hurdles, and his daughter is in his heart, and he would like to tell her to be with her partner and win the show, his blessings are with her.

Amyra gets very angry, and Mohendar and Sikander try to calm her down. Lovely agrees to take her home if she calms down. She is adamant about not performing with a dirty girl. Kullfi on the other hand is also refusing to perform with Amyra while all the kids are still busy trying to convince her to see the greater good. Rocket asks Kulfi to look at him and says that Amyra isn’t better than her. Kulfi explains that it is not that but that fact that she doesn’t want to fight anymore. She misses her baba and that Ma had left her long back because of which she thought her baba was her whole world but he broke that thought into a million pieces.

Lovely asks Amyra to go with flow and not be stubborn. Sikander is still thinking about Kulfi. Rocket exclaims that it looks like her baba was at fault, he shouldn’t have done this to her or her mother, to which Kulfi refuses it and retorts that no one speaks ill of her baba.

In the precap of Kullfi Kumar Bajewala we see Amyra asking Lovely for help in sending Kulfi back to her family and Kulfi is scared when she sees Lovely approaching her.