Kullfi Kumar Bajewala 20 June 2019 Written Update of today’s episode we see how Bhola and Kuldi sing together which causes Bhola to faint. 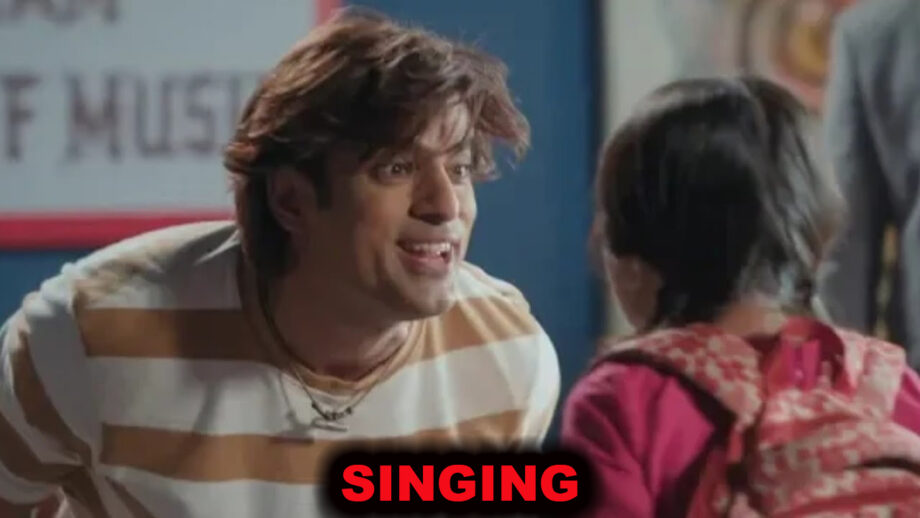 Today’s Kulfi Kumar Bajewala 20 June episode begins with Bhola missing Pakhi, he saw kulfi (Aakriti Sharma) and both gave each other cold looks. Kids started teasing Bhola. Kids were addressed and Principal Vikram Ahoja, was welcomed. He addressed the kids and said this school will make them stars and once Vikram saw the shine in them, he will make them superstar. Bhola asked if he could sing. Vikram thought of Sikander looking like him. Bhola rushed to Guruji and took his blessings, and began singing. Vikram had grudges for Sikander and said they had started together but he became super star and Vikram became dean there, he had sworn that day that he will snatch everything from him.

Bhola teased Kulfi while singing. Pakhi said she was missing papa, Nandini said 10 days and he will be with them, Nandini got a call from lovely, lovely said she was not feeling good and hoped he was fine, Nandini said Aai had called and she said it was good day today to pray for husbands. Bhola hugged Vikram and asked how he sang, Vikram didn’t answer, Bhola told him to tell him later.

Kulfi stepped in and thought baba will have to sing with her today, bhola said this witch will sing and he will throw eggs on her and then camp people will send him to Pakhi. Kulfi began singing, Bhola walked to her and held her hands and joined her in singing. Lovely prayed for Sikander. Bhola hugged Kulfi and had acute flashes, Bhola fainted. Bhola woke up and saw Nandini and Pakhi around and hugged her, Guruji said doctor asked Bhola to rest, Kulfi hid and watched. Bhola asked Nandini if they stayed in some village because he saw some girl with him.

Nandini nodded eagerly. Kulfi got excited that he was remembering things. Bhola hugged Nandini, Kulfi got very excited as Bhola recalling past things. Bhola and Pakhi spent time together, Bhola told Pakhi kulfi was there too. Pakhi said let’s go right away. Bhola said but Nandini said he had to stay there, Pakhi got very angry, Bhola said he will runaway tonight. Kulfi saw Pakhi and both shared cold looks, Pakhi said stop following her papa and to leave him alone. The written update of 20 June 2019 Kulfi Kumar Bajewala episode full story ends here.

Read More Kulfi and Bhola in the music academy