Kumkum Bhagya 7 June 2019 Written Update of today’s episode we see how Rhea traps Prachi in her evil plan and puts her in trouble. 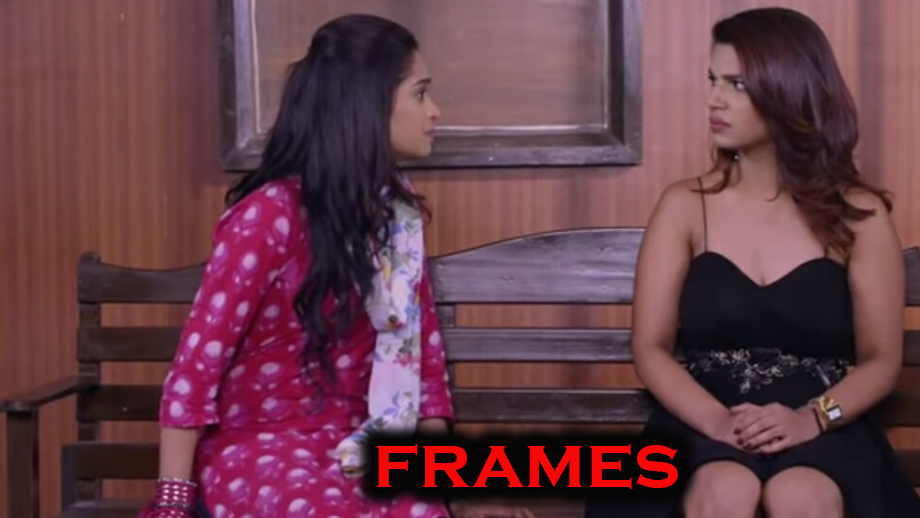 Today’s Kumkum Bhagya 7 June episode begins with Prachi is climbing up the hill and Rhea (Naina Singh) is following her. When they reached the top Rhea showed herself to Prachi. She accused Prachi of following her up the hill. Rhea told hurtful things to Prachi. She said Prachi’s father left the family because he didn’t like Prachi.

She spoke ill about Prachi’s father. Prachi slapped Rhea and asked her to never speak ill about her family again. Rhea accuses=d Prachi of trying to steal her father. Rhea pushed Prachi and squared her up. Prachi pushed Rhea away and she reached the edge of the cliff.

Prachi tried to pull Rhea back in. Rhea’s friend clicked pictures which made it look like Prachi tried to push Rhea off the cliff. Rhea was happy seeing the pictures. She asked her friend to show it to everyone in college. It would prove Prachi is a murderer. It would also make her father, Abhi (Shabbir Ahluwalia), send Prachi back. Rhea ran away and stayed hidden in an abandoned shed. Rhea’s friends went back to the camp and showed all the proof they had against Prachi.

The principal decided to go looking for her. Pragya (Sriti Jha) called Prachi to check up on her and ask about camp. When Prachi found the college students, they accused her of trying to kill Rhea. Pragya overheard this conversation and decided to go to the camp to be with Prachi. Abhi got a call from the principal saying that Rhea could’ve died in the incident. Abhi felt guilty for being angry with Rhea and headed to the camp to meet her. The written update of 7 June 2019 Kumkum Bhagya episode full story ends here.

In the upcoming episode of Kumkum Bhagya, watch Abhi discovers that Prachi tried to push Rhea off the cliff and demands to talk to her mother.