In Roadies Revolution Written Update Season18 Episode 31 12th December 2020, we see that Ranvijay informs the Roadies that they will be having a surprise vote out and for that, the Roadies have to win three stages in which they will get a chance to vote. The episode of Roadies Revolution starts with Ranvijay sending a message to all the Roadies asking what is important to them, friendship or game. Roadies say that their friendship is important.

Ranvijay says that he will form the team and asks Neha to choose a captain. Ranvijay says that the Roadies can pitch so that Neha can make them her team’s captain.
Shreya, Poonam and Sanjay ask Neha to make them Neha’s team captain. Neha makes a decision and selects Abhimanyu as she doesn’t want Abhimanyu to go into Varun’s team.

Nikhil, Neha and Varun get to choose a girl for their team.
Nikhil and Neha fight for Poonam. Nikhil then changes his decision and selects Shreya, and Varun selects Nisha.

Hamid is injured, so he gets an opportunity to choose a Roadie who will play for Hamid. Hamid chooses Abhimanyu.
Then Ranvijay explains all the three stages in the task.

In the 3rd round, Sanjay drops three balls and gets to add two votes against others. Abhimanyu comes 2nd.
After the task, Ranvijay reveals all the votes. Vipin gets three votes and the rest of the votes go against Sanjay. Sanjay lost and had to leave Roadies.

The episode ends with Sanjay saying goodbye to all the Roadies. 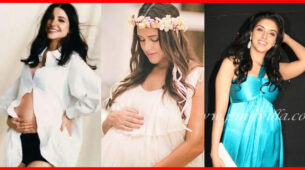