Taarak Mehta Ka Ooltah Chashmah 1 May 2019 Written Update of today’s episode we see how everyone is observing things from a distance and are shocked to see Jethalal distributing phones and fear that Jethalal might get caught. Today’s episode of Taarak Mehta Ka Ooltah Chashmah 1 May 2019 starts with Sevaklal making sure the security is tight in Gareeb Nagar so nobody gets caught while giving out mobiles. Parvat assures him that he knows everyone here and that he wouldn’t allow anyone from the outside to enter in. This worries Jethalal and Mehta.

Parvat and his men catch Iyer and Babita who then make up a story to get themselves out. Bhide, Madhavi, Dr Hathi, Komal, Tapu and Goli gather around and start making their way towards Gareeb Nagar where they find Mehta and Jethalal together. They come to a stop.

Iyer, Babita, Abdul, Anjali, Gogi, Roshan too hide and watch the two men from a distance. Sevaklal suggests Jethalal to distribute the mobile phones since he was eager about it. The others worry that the sting operation will show Jethalal being the one doing it. But Jethalal gives away wrong information about the party to the residents and saves himself in time. This angers Sevaklal and his men.

Meanwhile, Bhide and the others queue up to move towards the area but are blocked by Parvat. Jethalal comes just in time to save them from being caught. He talks to Parvat and then they safely accompany Jethalal inside. While Bhide is receiving his phone from Sevaklal’s men, he tells him that he will take it from the politician himself. Sevaklal agrees to this.

The whole incident gets recorded and the Gokuldham residents leave. Popatlal and Sodhi are late which worries Jethalal and Mehta. Back at the area, Sevaklal’s men inform him that 1000 mobile phones have been distributed. They go on to open another box but are surprised to find no mobile phones in it. Jethalal warns Mehta that their job is done and they should leave before being caught. But before they get a chance to move on, the next pack of mobiles is found thrown in with waste. 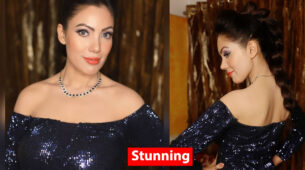 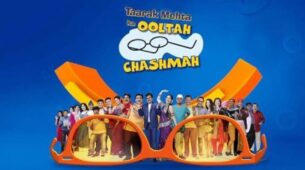 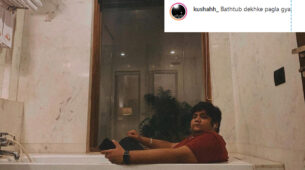