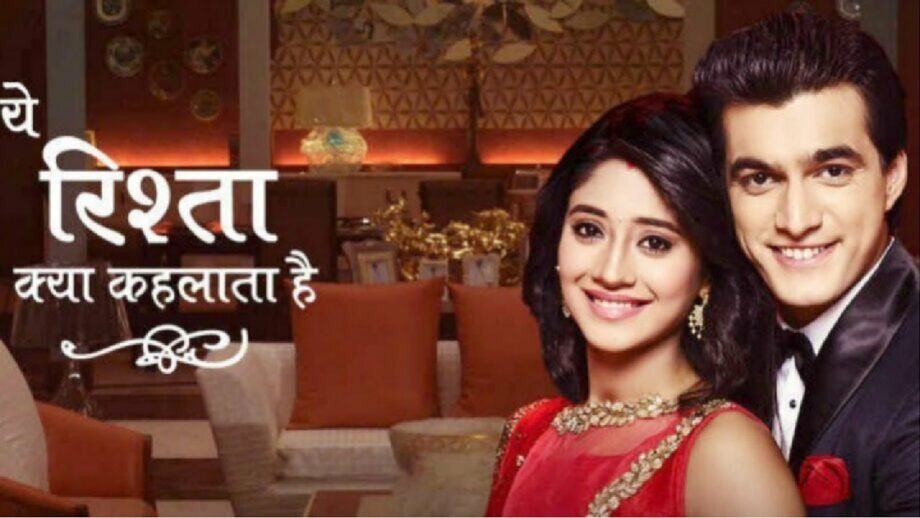 Today’s episode of 04 Sept 2019 Yeh Rishta Kya Kehlata Hai starts as we see Naira telling Kartik that he didn’t break alone, someone else’s heart and trust was also broken, she gives her defense for going away from the family and she accepts her mistake for being a coward but everything is over now. She later goes out and watches their picture. She also sees Kairav trying to put his pic between them in their marriage pic. She shouts out for, Kartik comes and sees the pic. They go near who is sitting under a table and crying and ask him what happened. Kairav tells them their fight is the reason.

Naira tells him that they weren’t fighting but acting. Kairav disagrees to accept their story and tells them that, it was real. Kartik tells him that they were fighting because Naira was angry with me, as he ate all the kachoris without asking her. She says yes. Kairav tells them that it was not about kachoris, and he has heard everything. Naira tells Kartik, that they should tell him the truth Just then, Dadi and Suwarna come there. Meanwhile, Naksh asks Bhabhimaa what happened. Bhabhimaa asks him to come with her to get Naira as she doesn’t want her to stay with the Goenkas. Dadi asks what is happening. Kartik disagrees with Naira. Naira tells Kairav will understand.

Dadi and Suwarna worry. Naira tells not to misunderstand them, they don’t do anything intentionally, it eventually happens and convinces Kairav with some fake story of their fight Kartik also supports her in this story. Kairav asks them to say sorry to each other and promises to rectify their mistake. Everyone gets emotional after this situation they went through. Naksh tells Bhabhimaa to another thought to what she said if it is right. Naksh tells she went by her wish.

Dadi tries to convince Vedika to not give her marriage with Kartik for Naira. Vedika accepts what Dadi says. Dadi requests everyone to start preparing for Teej. Meanwhile, Kartik tells that Kairav’s tests are preponed, his recovery is happening quickly and well. Naira is happy for this good news. They see the Teej preparations. They hope for perfect medical reports of Kairav. Naira says that she just wants Kairav. Vedika asks her if she will leave when Kairav gets fine. Naira agrees. Vedika tells her, he is fine now and she should decide before gets feelings for Kartik and asks her for a promise. The written update of 04 Sept 2019 Yeh Rishta Kya Kehlata Hai ends here.