Today’s Yeh Rishta Kya Kehlata Hai 15 August episode starts with Dr. Pallavi calling Naira (Shivangi Joshi) to introduce her to the doctors from Sanjivani. Dr. Juhi and her assistant Dr. Sid met Naira and explained her about Kairav’s case. Dr. Juhi told Naira about Kairav’s critical illness, since the size of the hole in the heart was quite big. She assured Naira that she would do her best to save Kairav. Pallavi asked Naira if Kairav’s dad was still here. Naira was speechless. Kartik (Mohsin Khan) came there and told her that Kairav’s dad was here. Pallavi asked him to get signs of Kairav’s dad. Nurse gave him the form to get the signs. Kartik signed on the forms. Nurse asked him why he was signing on it.

Kartik didn’t say anything and just stared at Naira, since she had hurt him a lot by snatching his fatherly rights on Kairav. Kairav reached them and told them that he was waiting for them since long. He was happy to see them in one frame. He told them that now their family was complete and they would live together. Kartik took Kairav with him. Doctor asked Kartik what Kairav ate before the surgery. Kartik didn’t know about it. Doctor asked him to ask his wife about it. Naira told the doctor about Kairav’s diet. She sent Kairav for the check up. Kairav asked them to promise that they will wait for him together, if he didn’t see any one of them, then he wouldn’t come back to them. Kartik and Naira got scared hearing the unusual thing and promised him that he would find them together always. Kairav went for his checkup. Goenkas and Singhanias reached the hospital to know about Kairav.

They wanted to confront Kartik and tale him home for the marriage. Kartik confronted Naira and asked her why she punished Kairav when he wasn’t at any fault. Kartik accepted his mistake to question her character. He asked her why she didn’t fight him instead getting away from his life. He asked her if she was a good mother. Naira asked Kartik not to repeat his mistake by judging her as a mother, since a wife had tolerated his question, but a mother wouldn’t tolerate it. Kartik told Naira that she had to tolerate the questions since she had made big mistakes. He wanted to see what she answered. He angrily got away from her again and cried. He found his family there. He faced a confrontation from them. Dadi asked Kartik why he was punishing them by leaving the marriage. She asked him to think of Vedika, whom he left in the mandap.

She asked him not to do injustice with Vedika and come with them. Manish and Suwarna questioned Kartik. They asked why Kartik left the marriage for Kairav’s sake. Kartik put a stop to their questions and told them that Kairav was his real son, Goenkas’ heir. Manish asked him if he had lost his mind, Kairav couldn’t be his son. Kartik told them that Kairav always reminded them of him since Kairav was really his son. Manish asked him how this could be possible when Naira was dead. He asked Kartik who was Kairav’s mum. Kartik thought it was time to reveal Naira’s truth. Kartik brought Naira to them and shocked the family. Naira faced the family while Kairav underwent the surgery. Kartik sternly warned Naira that he wouldn’t spare her ever if anything happened to Kairav. Kartik and Naira stayed united to pray for Kairav. The written update of 15 August 2019 Yeh Rishta Kya Kehlata Hai episode full story ends here. 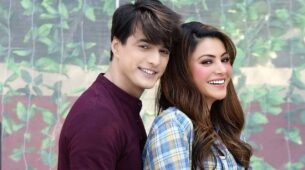