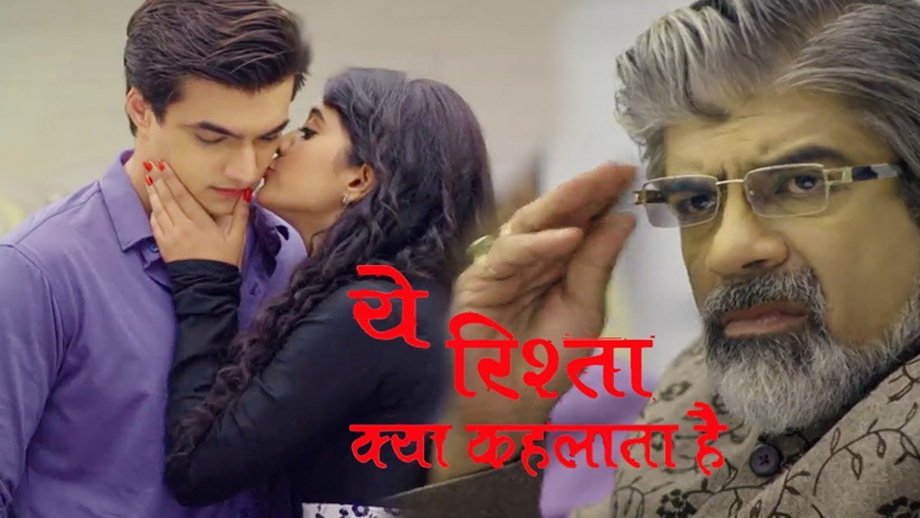 In the beginning of the episode Naira is seen thanking Kartik with a kiss and hug. Rama asks Gayu to drink lemon water seeing which Gayu feels guilty and apologizes. Devyaani says life is really beautiful, you should live it happily, when life gets tough, when the family is along, problems gets solved, so always keep the family along. Gayu thanks her. Devyaani and Rama sing Maari banni…. Devyaani applies mehendi to Gayu and says a new color is coming in your life. Dadi says Kartik took Naira in his work, who will arrange Sangeet and mehendi now. Surekha asks what was the need for Naira to agree to Puru. Dadi asks Mansi to let the marriage happen in peace. Naira sees everyone and goes back. Kartik stops her. He kisses her and asks her to go.

Naira goes downstairs. Dadi blesses Naira and asks her to finish work soon. Puru asks Naira to come fast while Lav and Kush wish her all the best. Dadi says its Kalyug, Kartik is doing household work and Naira is managing work. Kartik says its not Kalyug, but equal yug.

Puru claps for Naira and goes to hug her. Kartik hugs Naira. Samarth says well done to Naira, Kartik you have to go and meet Bhatia, its important. Puru says sorry, Bhatia didn’t wish to wait, he wants to meet today.

Naira says we will meet after Gayu’s marriage, Ila says yes, we will wait until the wedding is over. Kartik and everyone ask Naira to go. Naira says okay to which Ila refuses, and says she has important video conference. Puru says it doesn’t matter and that she can join once free. Kartik says all the best. Samarth asks Kartik to come as they are getting late and Mansi is worrying.

Mansi shouts to Naira. Puru plays songs and says songs are strange these days and that they had meaningful songs in their times. Naira asks about the presentation to which he says it doesn’t matter because the presentation got cancelled. Naira is alarmed because she wasn’t informed. He says that he saw the message flashing on the phone screen and that they will not miss the celebrations now, and will go and have ice-cream and get to know each other.

She gets Kartik’s message and thinks even his meeting got cancelled. She gets Mansi’s call. He takes her phone away and says its rude that she is answering calls when he is talking to her. She thinks his intentions look bad. Naira says she has to go home because she is unwell and has forgotten her medicines.  She says she forgot the route by which they were taking her. He says driver told this to him yesterday, its a shortcut. Dadi asks Mansi to help everyone in work.

Puru says that Naira didn’t do right, as she broke his heart to which she replies that if it was someone else, she would have broken his bones, and then goes on to scold him. He gets angry. She threatens to tell Kartik that he has wrongly touched her by lying to me about meeting. Ila comes and shouts how dare she make such accusations on her dad. Naira says he is a stickup to which Ila says that he is her dad. Naira says he doesn’t deserve to be called one, upon which they get into an argument and Puru looks on.

Why fans loved the moment when Disha Patani asked Tiger Shroff 'Do You Love Me?'