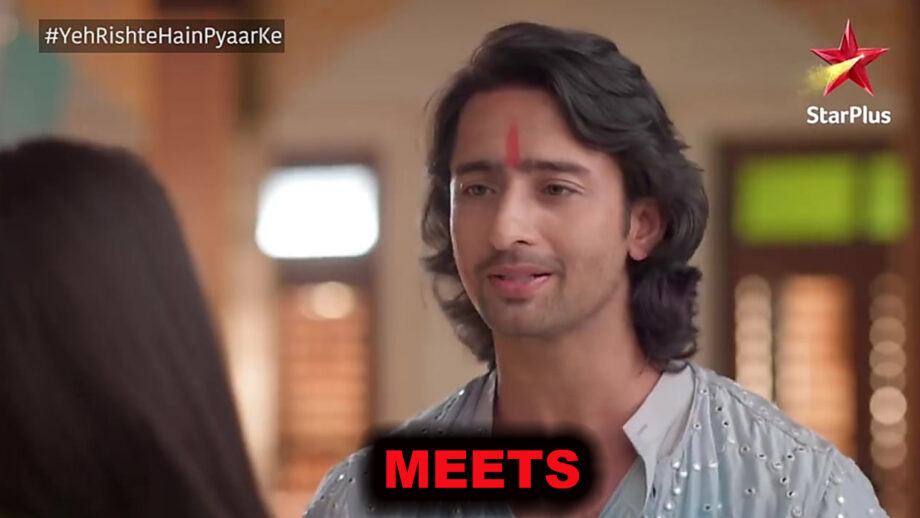 Today’s Yeh Rishtey Hai Pyaar Ke 18 June episode starts with Varsha calling out Mishty but Mishty (Rhea Sharma) was worries about Abir (Shaheer Sheikh) not calling or texting her back. Abir and Kunal reach home and everyone offered various ways to relax them from the drive. Varsha questioned them Mishty and Kuhu how they got back together. Kuhu signalled Mishty to divert the subject. Varsha got suspicious of them but Kuhu said her friend sent a car. They both went to get some rest. Jasmeet got juice.

Varsha asked why Mishty was so tired. Abit said Kunal came to visit him. Abir and Kunal joke about staying there and hiring a chef to cook for them and ordering a bed to sleep. Meenakshi prayed that her boys always kept smiling.
Mishty thought to herself and prayed that Abir would give her a chance. Kunal explained to Nanu what went down in the camp and how some goons tried to confiscate the school land. Kunal had lied to save Kuhu from getting into trouble. Mishty was trying to call Abir but he left the phone at home. Nanu answered but then he spotted Meenakshi and pretended to talk to Mishty as if she were Jugnu. He told Mishty that Abir had gone to temple. Mishty caught on what Nanu was trying to do and decided to go to the temple.

Jasmeet came and said she said the secret of bracelet. Varsha asked which one. Jasmeet asked Kuhu to show it. She said Kuhu had a diamond bracelet, she said that she had given it to her. Kuhu said Kunal gave it to her; he had gifted it to her. Varsha asked why did he gift her and she will tell her dad.

Abir was in the temple. He saw Mishti and then an old man beside. He said she used to appear when she wasn’t in love with her, and now she doesn’t meet him, she would worry for him maybe. Varsha asked does anyone know this in Kunal’s family. Kuhu said no, they didn’t know that Mishti went with Abir. Mishti said nothing happened there. Varsha asked when Kunal gave there and where. Kuhu said she wasn’t at fault. Jasmeet asked if she liked Kunal. Varsha said it was not true.

Abir gave sweets to everyone. Mishti said she also wanted it. He said she didn’t care for him. He saw the NGO lady there. She asked if he was fine. He said yes. She said it was Nanu’s call. He said he forgot his phone. Nanu asked did Mishti come. Abir said no. Nanu said she called, he told her that he was at the temple and she will come. Nanu said Kunal was talking about Kuhu, she was there with him, Kuhu lied to her family. Abir smiled and said he was waiting for Mishti’s arrival, and Kunal’s journey of love with Kuhu. Abir hoped that Kunal would fall for Kuhu and that Miishty showed up.

Varsha said Kuhu took their promise but she didn’t know that she liked Kunal. Mishti said Kuhu loved Kunal, if she knew this, she would have refused when Meenakshi changed the alliance; she realized this in Champaner that Kunal gifted it to Kuhu. Mishti said she should have been disturbed, why did he give a gift to Kuhu at the time when she was getting engaged with him. Mishti said maybe he didn’t realize his feelings. Varsha said it was good. Mishti said if Kuhu had a chance, she wanted to take the chance, Kunal and her relation was a mistake, Kuhu and Kunal are perfect for each other.

Varsha said they won’t talk about it. Mishti said it was about Kuhu’s happiness, once they got a chance, they will unite Kuhu and Kunal. Varsha asked who else knew about this. Mishti said Abir, he was much excited, gave her one chance. Varsha went to Rajshri to leave for temple. Mishti thought temple. Meenakshi said she wanted to give a surprise to Abir, she will keep a big puja and make a donation by his name, if Kunal was her dignity then Abir was her pride. Parul smiled.

Rajshri asked what happened to Varsha. Varsha said nothing. Mishti asked can she come along. Vishwamber asked them to sit. They left in the car. Mishti hoped she didn’t get late, she had to convince Abir. Abir looked for Mishti. Mishti came there with everyone. She said she will just come. Abir said sorry, he wasn’t focussed in puja and thought about Mishty. Mishti said listen. Abir said he was imagining and he won’t turn back. Mishti asked him why he wasn’t turning; she was calling him since long. He asked if she was here for real. She said yes, he didn’t reply to her calls. He said he won’t talk to her. The written update of 18 June 2019 Yeh Rishtey Hai Pyaar Ke episode full story ends.

Read More Abhir saves everyone from the kidnappers