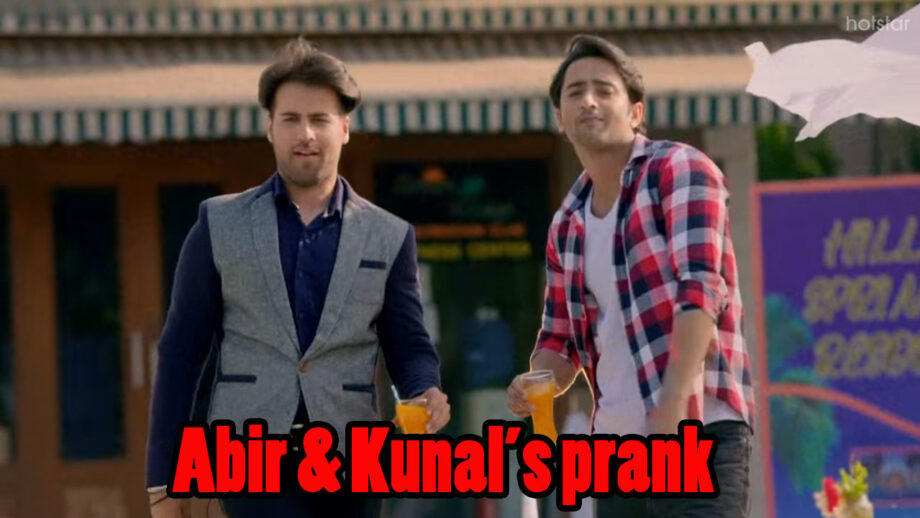 The episode begins with Kuhu sending a message to Kunal and Mishti sees Kunal and Abir’s location and learns that both are in the same place. Kuhu also checks their location and thinks that there is no theatre near the highway, so they are surely kidnapped. On the other hand, Meenakshi gives an interview and says that her inspiration was Parul while her husband cheated. The interviewers ask her if she wants to join the office. Meenakshi says she isn’t good at English as she was from the village side. Parul says she learnt everything from Meenakshi and is happy at home. She acknowledges Kunal’s upbringing by Meenakshi and for giving him a chance to study abroad.

The interviewers leave and Meenakshi thinks she has shown Parul her real place. Meanwhile, Kuhu and Mishti rush outside. As Mishti is about to stop an auto, Kuhu stops her. Mishti says she has no time to fight. They argue about taking credit and competing. The cab asks why they stopped him if they wanted to argue. Kuhu asks him to stop. As they continue to argue whether Mishti can save Abir and Kunal alone, the cab driver leaves. Eventually, they find scooter and Kuhu rides it and Mishti sits behind. Meenakshi asks Kaushal if Parul will be able to handle the business and Kaushal says never. Meenakshi says she and Kaushal can’t pay the price for her family. She adds that Kunal is Parul’s son but they both are important for the business too. She says that she is worried for Atul who has nothing to do if Parul takes the whole business. Kaushal says that Parul won’t do that. Meenakshi says that they thought the same about Mehul.

Mishti and Kuhu reach the spot and find out about Kunal and Abir’s kidnapping. Mishti wants to call police but Kuhu stops her. They get kidnappers call and they get the address. Kuhu leaves and gets attacked but Mishti beats him. Kuhu ties the kidnapper and they go to Abir and Kunal’s location. The kidnappers push Mishti and Kuhu in the pool and they ask each other if they are fine. Just then Abir and Kunal come dancing with drinks in their hand.

Meanwhile, Menakshi tries to show Parul her place. Abir tells the girls they wanted them to chill out. The girls come out of the pool. Kunal says he has booked a nail spa appointment for Kuhu but Kuhu says they can go with kidnappers. Abir and Kunal apologize and they hug their husbands and push them both in the pool. Kuhu and Mishti exchange hi-fives. Kunal and Abir say that their clothes and phones are ruined.