Jitin Gulati who will be seen playing a pivotal role in ALTBalaji’s series, Broken gets into an exclusive conversation with IWMBuzz.com. Actor Jitin Gulati has been part of a variety of genres and has played interesting roles that have given him the leeway of not getting stuck into one particular role or genre of work.

Recently, Jitin was seen in Prithvi Vallabh and will now be seen in ALTBalaji’s upcoming series, Broken which will depict a tale of broken relationships.

The trailer of Broken has received enormous response and Jitin is very happy and hopeful that viewers shower much more love on the series too when it streams. Broken which will stream on ALTBalaji on 27 November has Vikrant Massey, Harleen Sethi, Jitin Gulati, Poppy Jabbal, Simran Kaur Mundi, Meherzan Mazda and others in the prime cast.

Says Jitin, “It is so heartening to see so much love coming our way. We shot for the series for nearly six months. We knew we were doing something special. But we did not know that the trailer will be so very well received. Now fingers crossed for the series and hope that the series too gets loved and appreciated by viewers.”

Talking about the concept of Broken, he states, “Love is something which is universal. All of us fall in love and fall out of it too. Many a times, relationships take different forms and at times it just becomes a habit. And what happens when that habit stops loving you back, is what Broken will depict. The extent of damage that can be caused is too much and ironically there is no cure for it. It is only time that will heal it and life has its way of working its magic. There are also people who come into our lives to rebuild the strength in the person and these are how old wounds heal. Broken talks about this journey of characters and people who grow up and become the best versions of themselves through the broken relationships, hardships and love.”

He further states, “The freshness of Broken is that the subjects that are touched upon on the net now are mostly thrillers and concepts wherein by every minute, a new twist and turn happens. Broken will be watched by viewers for its story; it has characters that people can invest into and a story that people will evolve with.”

On his character, Jitin avers, “With whatever you have seen of Karthik in the trailer, he comes across as the heartbreaker. Well, he is a guy who falls in love thinking he is in love. In love, one cannot be selfish. Love has to be a two-way give and take. Karthik’s journey is about understanding what love is, and growing up through the whole process while he is the one who is breaking the girl’s heart.”

“The series has about 10 characters and the best part is that all the characters will have major changes in their lives with the story progression,” he adds.

Ask him if there is a possibility of Broken having a Season 2 and he is quick to say, “That will depend on the love that the series gets. But I hope it does have. I will love going back to the set and being with the same people again. It was a joy to work with all of them.”

Jitin Gulati is also shooting for Season 2 of Inside Edge, the web-series of Excel Entertainment.

On the growing web platform, he states, “It is definitely growing by leaps and bounds. You cannot stop this force, and this will be the place where the best of content will be seen in the years to come. There is a huge demand for such path-breaking content and there is freedom of expression here, which sort of gets restricted in TV and cinema.”

Jitin will thank the directors and casting directors for believing that he can enact varied roles in different genres. “I am happy that people can imagine me playing different kinds of characters. Right now, there is great variety on my plate. All I can say is that I am blessed to be working with very good people whether it is Balaji or YashRaj, Excel or Anil Kapoor. I hope I continue playing different roles without getting stuck with one image.”

Jitin has Inside Edge 2 to look forward to and is also considering meaty projects on the web space. 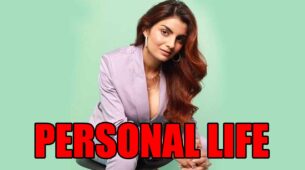 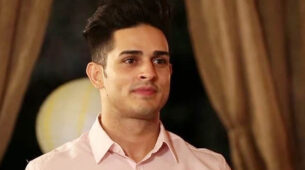