Read to know why BB Ki Vines became so popular. In today’s era, YouTube has become one of the most popular digital platforms altogether. People can watch numerous content for free and can get informed. The platform has been extremely vast and open to the youth of the globe. Talking of that, as of 2020, in India, when we talk about YouTube the only name that reverberates, is BB Ki Vines! Because he is one such of an acclaimed YouTubers who actually made a way for the Indian YouTubers. BB Ki Vines, as in Bhuvan Bam, the all in all behind the channel, has earned so much of adoration across the country! The channel has gotten over 18million subscribers and still counting. But do you know what made him and his channel so popular and viral! Well, here what he said at the Mind Rocks!

When asked on how BB Ki Vines began, he proclaimed, “I was playing in a restaurant before BB Ki Vines happened. My music went on the side. I first made a video when there were floods in Jammu. A reporter asked a woman, ‘Your child is lost. How do you feel?’ I was surprised. I made a satire on video and it went viral. The ratio of people on my Facebook page was 9:1 – Pakistanis: Indians. There were fewer Indians on my page than people from Pakistan, Dubai or Bangladesh. A video on Valentine’s Day is how I became known in India. My parents still ask me to fill forms for bank exams. It is a struggle [convincing parents that what I am doing is successful”

Also Read Do You Know? Bhuvan Bam Is Obsessed With This 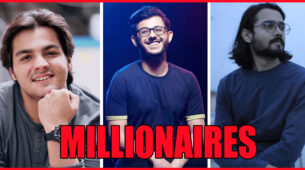 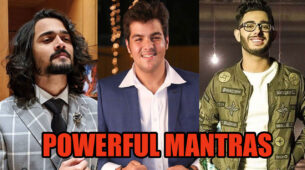