Get out from under the rock and explore everything that stand-up artiste Abijit Ganguly has to offer! With more than 351K subscribers on his YouTube channel, 17.5K followers on Twitter and 17.6K followers on Instagram, it is safe to say Abhijit Ganguly has secured a space for himself in the Indian comedy real estate.

Although he had always been a funny guy, it was only in 2010 when he thought of taking this more seriously. After testing out his jokes at an open mic and experiencing the high that comes with making people laugh, he realized he had a knack for this. He broke free of the societal pressure in 2014 and finally gave up his full time job to become a serious comedian.

Since then, he’s been a frequent at Canvas Comedy Club in Mumbai, Delhi and Gurgaon, has been featured on NDTV Prime, Hindu, Statesman, and Hindustan Times among many others, has relocated to Mumbai and also written a web series (Joint Venture) for Times!

His anecdotal, observational and occasionally self-depreciating humor is what makes him a crowd favorite. Sometimes, he throws in political satire in the mix and who doesn’t like that, right?

Here’s the best of Abijit Ganguly that you should watch right away to experience his wit! 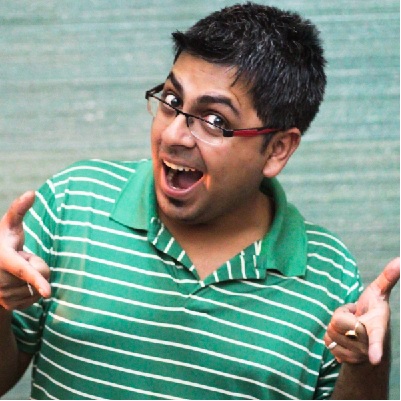 Story of my Bong-Gujju Wedding:

Here he talks about his dynamics with his Gujarati in-laws, how Bengalis are almost Muslims, high on cocaine bridesmaids and much more.

Just like you, Abijit has faced the pressure of being nice and has been confused about the #FreeTheNipple movement

Plagiarism claims and the chaos that ensued as result? Which comic hasn’t faced this already? Watch Ganguly talk about the flak from Kapil Sharma fans and the creative abuses that were hurled at him during this controversy.