Jannat Zubair born on 29 August 2001, started her career in the year 2009 but she gained popularity and recognition in 2011 through colors Tv show ‘phulwa’.Her debut in the small screen was in the year 2010 Tv show ‘Dil Mil Gaya.’ Her debut movie was Aagaah-The Warning (2011). Jannat Zubair Rahmani is not just a popular actress but also known for singing and lending voice to TV/ movie characters.

Jannat Zubair has played many roles as a child actor, she is popular for her roles in ‘Pulwa’ and ‘Mahran Pratap(2014).’ Aap Ki Antara, Aladdin, Chand Ke Paar Chalo, Kasturi are some of her earliest TV shows. She played the role of child lead actress in various Tv shows like Kashi – Ab Na Rahe Tera Kagaz Kora, Matti Ki Banno, Phulwa, Haar Jeet. There are many other small screen television shows in which she appeared.

Jannat Zubair is also seen in advertisements like Airtel, California Almonds, Dabur Products, Godrej, Hero, Himalaya, LIC, Pepsodent, Samsung, Sunfeast, Halonix, Videocon. She at this small age is excelling in all ways possible. Jannat Zubair Rahmani is fascinated for makeup and fashion, she makes videos on her youtube channel. She has won Indian Telly Award for ‘Best child Actor(female)’ in 2011 for ‘pulwa’ and also she won Gold Awards‘Best Debut Of The Year (Female)’ for the show Tu Aashiqui in 2018.

Jannat Zubair recently joined Aapake Aa Jaane se. This Gen-Z actress has also been quite active on Tik-Tok, a short video creating and sharing app. She is also popular on Instagram with 8M followers. This Child actress has an in-built talent and gorgeous beauty because of which she is ruling the Television as a child actress. Fall in Love With PURPLE: Avneet Kaur and Jannat Zubair’s Purple Outfits That Will Inspire You 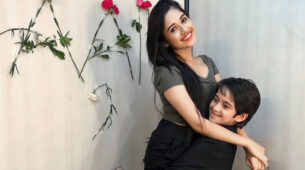