Veteran actress Soni Razdan made her digital debut with ZEE5’s Yours Truly. The series is based on Annie Zaidi’s short story – ‘The One That Was Announced’. It is a romantic drama that showcases the story of women in her late fifties and her journey of finding love in the most unexpected places.

Talking about her debut on the web, Soni says, “I want to say a heartfelt thanks to ZEE5 for showing a keen interest in the movie. I also feel that it the most amazing platform that exists today. The character Mithi that I am playing is a very unusual character. The thing that connected me with the character was loneliness. I too feel lonely, not that I am leading a lonely life as such but I just feel it is like a human condition. We are born alone and we die alone. We are solo travellers.”

She further adds, “I want to be valued for who I am. I want to be appreciated by my family. It is such a universal emotion. Society is also evolving and changing. Today, unfortunately, divorce is much more common. Nobody wants to struggle that happen in marriage life, they just want to attain.”

When we ask her take on marriages and divorces, she avers, “One of the reasons why divorces are happening, it is not because people are impatient. It is because women are becoming more empowered and they have a financial re-cost of getting out of the marriage, so that is a positive thing where I think it is negative is where you not just willing because everything is like 18 months of a relationship and it’s over. If you go into a marriage thinking it to be just roses then it is not like that. It is a journey of growth, understanding not only yourself but the other person too.” 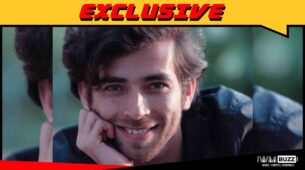