Param Singh talks about his recent work, and on his experiences dabbling with different mediums. Param Singh last seen on the tube in the Life OK show Ghulaam wants to be back to limelight soon.

Says the actor, “It is just that certain offered projects did not work out either due to creative or budgetary issues. So I am waiting for something juicy.”

Param who earned fame doing Sadda Haq for Channel V where he played a male chauvinist, is presently happy dabbling in the digital space. “I have just finished one web series and a short film Aman. I would love Amazon and Netflix projects for they make great content.”

The former Yash Patnaik series (had given him break Sadda Haq) also starring Harshita Gaur titled Black Coffee, had him playing an over-confident joint smoking writer who falls in love with his Gujrati financial consultant. “We have finished Season 1 and will go on the floor for Part 2 next month.”

“Aman went live on 14th February. It has managed to attract around 45000 views in the last few days. I really like the concept of a frustrated man who tries to commit suicide. What happens to him in the next few hours is what the film is all about. We are giving out a positive message that life is very short and should not be wasted on only running after money, rather just try to live.”

Besides TV and web, Param will also be part of a stage play. “I have done theater before and love the live experience. Doing stage makes us one-take actors. But on the floor, I go by the director’s vision giving number of retakes asked for.”

Asked about the lack of good content on TV he says, “Whenever somebody has tried to bite the bullet, it has come unstuck. Hence most want to play safe with kinda regressive stories about a family or a guy not letting the girl do what she wants.”

If given an option, Param would choose to do negative, comic or romantic characters.  “I like challenging assignments, hence have enjoyed doing Ghulaam over Black Coffee.”

Since you have acted with Harshita for the second time, does it become easier to work with known people? “I really don’t have any issue with anyone as long as there is no ego. And last but not the least there should be give and take.”

Return with a bang, Param!! 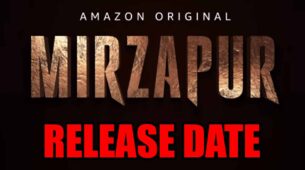