Param Singh talks about Season 2 of the Beyond Originals series not happening. Param Singh fans are in for some good as well as bad news. This good-looking dude, last seen in the Yash Patnaik-produced web series, Black Coffee, is now looking for brighter prospects and a new role that will tap his creative instincts. That’s good!!

But this also means that the Season 2 of Black Coffee is not what he will be seen in next!! And this is unfortunate…

Here, Param informs us that at first, the makers planned to come back with the Second season of Black Coffee, but as of now, the plan seems on hold. “We were first told that it would start in February, and now we are in June and they have not yet got back to us; so I don’t think it is happening.”

He had played a cool writer, Dhruv Narang, who falls in love with a Gujarati finance manager, essayed by his former girlfriend, Harshita Gaur.

“All said and done, I really enjoyed the 15-day schedule, which was shot in Yash Sir’s house. Working with Harshita, and the old Sadda Haq team is always a pleasure. The script was really good and not something that I have done before. I got good social media feedback from my fans. They have always liked whatever work I have done. My pairing with Harshita was another USP.”

He and Harshita have done a short film as well. “Aman has been nominated for the Jharkhand and other film festivals. It is a decent film, do watch it. The biggest challenge in a short film is to tell the tale effectively, in a short period of time, sans back stories. On the positive side, online shorts don’t have budgetary constraints. You can release it on YouTube and let people consume it for free. Many shorts have gone on to win critical acclaim. It offers talented artists, who don’t want to do TV, an avenue to brush up their craft until films happen, which is not an easy thing to happen.”

After playing romantic (Sadda Haq) and heavy duty drama (Ghulam) on TV, Param would next like to do comedy. “I am looking for light-hearted situational scripts.” 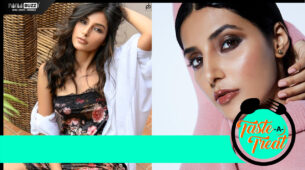