To see three talented actresses, one of them almost iconic, wasting themselves telling WhatsApp jokes to each other, is a punishment that we don’t deserve in these tough times. It took me a while to figure out that Like A Boss is meant to be funny.

Sure. Funny, like a superstar crooning a song on the Coronavirus. Makes you want to drown in your bathtub, provided you have one at home. Otherwise, the sink will do.

It was with a sinking sensation that I watched Salma Hayek playing the big-busted queen of the cosmetic industry, with a deadpan Karan Soni as her Man Friday, seducing our two heroines Mia (Tiffany Haddish) and Mel (Rose Byrne) to give up their small happy cosmetic business to join the big league, thereby ruining their friendship and spoiling our dinner.

Although all three actresses pitch in with vigorous guffaws, changing facial expression faster than an anxious mother changing her baby’s diapers (there are some awful baby jokes and jokes about where babies come out from) it all seems so desperate as to leave us frigidly unresponsive and, worse, inexcusably annoyed with the stilted dialogues and the stunted performances which make all the characters look like they are auditioning for an ambitious film about bad actors.

Girl bonding has always been a well-attended theme in American cinema. But here the two friends, one white other black if you must know, just don’t seem to add up to much, except two fast-talking blissfully-bedding ladies who are not half as smart as they think, finding themselves in a movie that doesn’t know where to begin undoing the mess it has created for them. The ladies go through the motions of pally prattle, temporary battle, and other predictable plotting devices with the enthusiasm of two waitresses at a wedding where the groom has fled.

The only plus to this chick flick is its length. It’s just over 80 minutes long. So you see, size does matter. Right, ladies? 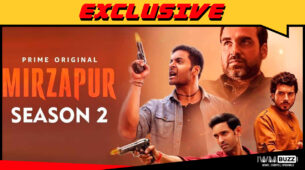