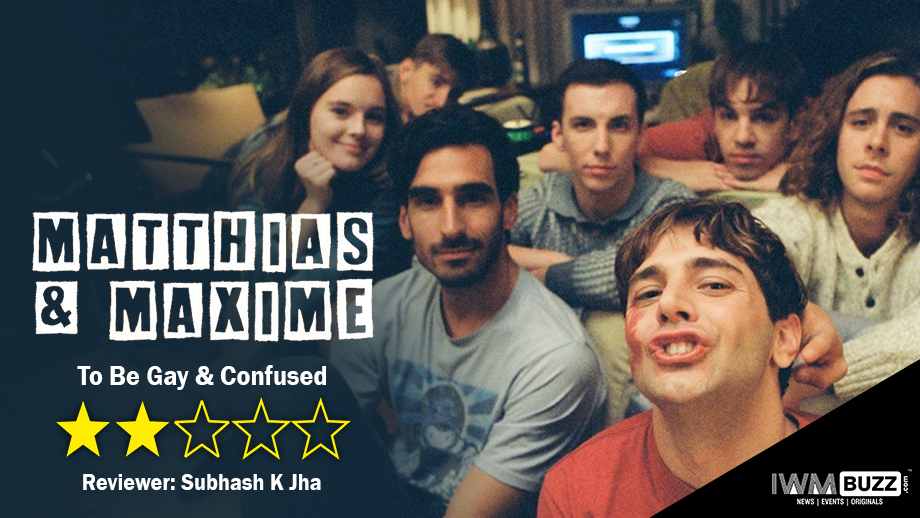 If you have followed the fascinating chequered and prolific cinema of the young Canadian actor-director Xaviar Dolan you would know two things about him: he is gay and he has serious mom issues. Both the subjects bubble to the surface in seething welters of repressed rage in his latest work.

Matthias and Maxime is as fiercely original and as exasperatingly typical of the actor-director as the rest of his work. He not only plays the confounded unhappy Mathias, Xaviar Dolan also directs a film that is so inured in deflections that these(the deflections) transmute themselves into reflections on life’s often-bewildering happenstance.

What we gather in the first outbreak of narrative flourish(laconic, meandering, dialogue-driven and unheedful of authority) is that Maxime and Matthias(Gabriel D’Almeida Freitas) have been friends forever, and yes, there is a lot of sexual tension between them which Mathias refuses to address but Maxime is quite comfortable with it.

This is very familiar territory in gay cinema. Xaviar Dolan gives us no reason to believe there would be any big revelations about the subject. The narrative coasts confidently along its uneasy course,travelling the ragged territory of rejection, resignation rage and acceptance. The triggering point is a kiss that the two friends share for a film being made by a friend of theirs.

It isn’t clear why Matthias would share a kiss on camera with the person whose presence torments him in ways that he would rather not think of.A large part of the film has the group of friends bantering, arguing,partying and playing games. Some sort of a conclusive scenario is expected to emerge from the crackling chaos. But it never quite makes it to the screen.

I’d rate this as one of Xaviar Dolan’s weaker works.Though by no means a failure it compares unfavourably with the raw rage of his directorial debut I Killed My Mother and the casual angst of Mommy.This own too has its passages of lyrical beauty. Mathias’ encounters with an enigmatic business associate(Harris Dickinson) are filled with unexpressed longing as two men , both outwardly straight, seem to be telling one another something that neither is prepared to hear.

The audience too is made to feel uneasy in the presence of emotions that Dolan yanks out of the closet, though he is not always sure of what he wants to do with them.