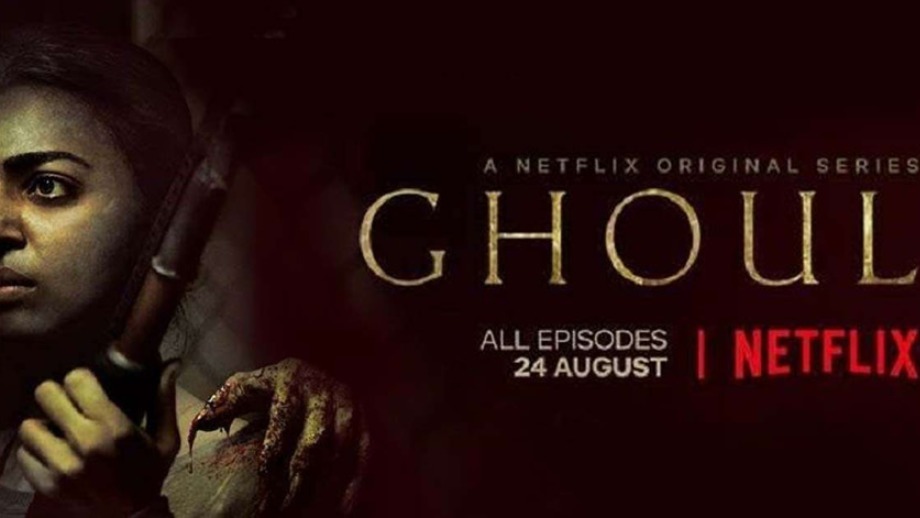 Here, the backdrop is an India of the future, when Hindutva forces are in total control (they did not use the term, saying rather– when sectarian tensions are at the highest, wherein they have left enough clues, like Muslim names and references to beef). A connect to the present can also be made if you carefully look at the dates of the torture recordings.

We have a loyal, practising Muslim (head scarf wearing) interrogating officer, Nida (Radhika Apte), who turns her father, SM Zaheer, over to the cops for professing anti-state ideas. He is not a terrorist, but a radical intellectual, preaching alternative politics.

Being a Muslim, she is looked upon with suspicion by her colleagues, but her boss, DaCunha (Manav Kaul) prefers to go by the book, since her record is good.

Soon, all hell breaks loose at the Meghoot detention centre where she is posted, with most wanted terrorist, Ali Sayaad (Mahesh Balraj), playing mind games with his interrogators. He instigates one officer to kill the other over a past issue of illegal inmate killing.

Even DaCunha is made to face his wife-abuse past, despite being a decorated war officer.

Nida, who too is not spared, digs deep to unearth the supernatural presence of a demon. The evil presence bites his victims and then takes their form.

This wanton slaying at the centre leads to a revolt, with the junior committing the cardinal military sin of challenging a direct order. The fact that the commanding officer was a Christian, whose ancestors had taken part in the brutal Goa inquest, does not impress the rebels, led by the wrong- gender-speaking officer, Das (common among Bengalis). It is an attempt to show Indian diversity.

The makers, by adding horror elements to a political theme, want to warn society about the dangers of majoritarian rule. Similar stories, linking Nazi to horror, have also done the rounds in the West.

The horror and fear is palpable, showing a decapitated head. The shape-shifting demon, with his blue eyes, makes you shudder in your boots. No stone is left unturned to raise the fear quotient, complete with the required locked torture chamber tools, dark lonely alleys.

To be fair, the makers have not shown the other side to be white as a lily; they too have enough terrorists in their ranks who, as Nida says, butcher women and children as well. But yes, the state must go by the book. Sadly, here, suspects, including Nida’s father, are summarily executed – a reference to contemporary encounter killings? Even the kith and kin of suspects (not all of who are guilty) are not spared. All this makes her question the entire system.

Watch it to find out more. Ghoul effectively brings out the dirty nature of war, which dehumanizes us– brother turns against brother.

In all this, the makers have made a few errors– I don’t think rank and file desi audiences, who are not used to such layered characterization, need to be told in clear terms who is right and who is wrong, which is not done here as in Sacred Games. If you want to win new audiences, like Netflix needs to do, something like this is the best idea, in my humble opinion.

Ideally, Ghoul should have come as a web movie (like Love Per Square Feet) rather than a three-episode mini-series. But yes, if a sequel does come, as promised, then it is fine.

The writing and direction also was not too apt; we wished for better, seeing the past Netflix class stuff. A lot of what happened towards the end was not clear.

Those who expect nudity, a la Sacred Games, will be disappointed. There was one scene where the lead strips to her innerwear. Thankfully, no unnecessary sex was added just to win eyeballs, as happens in Hindi films or most other digital products.

While checking the subtitling, we were a bit taken aback by the use of  cuss words like F-words, even when the actors used the word saala, which as far as we know is not meant to be used as a swear word.

Full marks to Radhika, who played the character of someone whose beliefs were turned upside, down to the T, sans the heavy, loud melodrama that we are accustomed to. Even Manav espouses his character of an officer who has lost control of his ranks quite well.

Hope we get to see more of veteran actor SM Zaheer, who brought much-needed heft to Nida’s abbu’s character, in the second season. Wonder what made a book intellectual sell his soul to the devil, which sets the entire horror in motion. This goes against the basic ethos of reason.

IWMBuzz.com rates Netflix’ Ghoul with 3 out of 5 stars.