After the success of Maaya and Maaya 2, Vikram Bhatt’s Loneranger Productions is all set to launch Maaya 3.

Earlier in the day, we exclusively reported about Cheshta Bhagat roped in to play the lead of season 3.

Now, if sources are to be believed, Mohit Malhotra (Daayan) and Mukul Dev (Sarfarosh) will join Cheshta as the lead of the series.

We buzzed Mohit but could not get through to him.

Mukul confirmed and said, “I have had a long-standing career with Vikram Bhatt. I began my career with Mahesh Bhatt where Vikram was working with me, he was the assistant director also. I did a couple of films for Vikram too. Now, it is a lovely thing for me, life coming to a full circle, Vikram’s daughter Krishna Bhatt is directing me in her series. She locked me as a leading character that is very sweet. Krishna was assisting her father and once she candidly said that if she makes any series, she will cast me. And so it happens. It is a great feeling. It is about a 40-year-old man with a girl, who is quite young. The taboo here is the age gap. There is an interesting twist between their relationship which audience have to watch in the series. It is premised around a rich family and amongst that how the politics of the relationship goes forward. It is as dramatic as it can get and I am looking forward to it.” 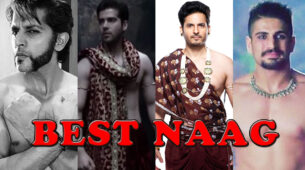 Shaheer Sheikh Vs Mohit Malhotra: Who Has The Sexiest Body?