Priya Banerjee will be part of Praveen Sattaru’s upcoming web-series for aha. Priya Banerjee who is kicking quit a lot of dust with her niche portrayals on the web platform with series Baarish, Bekaaboo, Hello Mini etc will return to the Telugu circuit for a biggie!!

Yes, Priya who has been part of huge Telugu movies Kiss, Joru, Asura and Social will be part of the Praveen Sattaru directed web-series for aha, the Telugu streaming platform.

Reports are rife of Tollywood star Tamannaah Bhatia playing the lead in the web-series. The series will be one of the biggest, and will cater to the thriller genre.

We now have information of Priya Banerjee playing the negative lead in the series.

We buzzed Priya but could not get through to her. 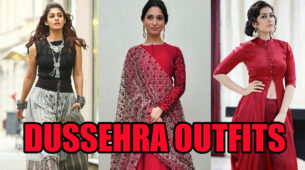