Producer Sunjoy Waddhwa gets into an exclusive conversation with IWMBuzz.com on the major shift of Silsila Badalte Rishton Ka from TV to the web space. 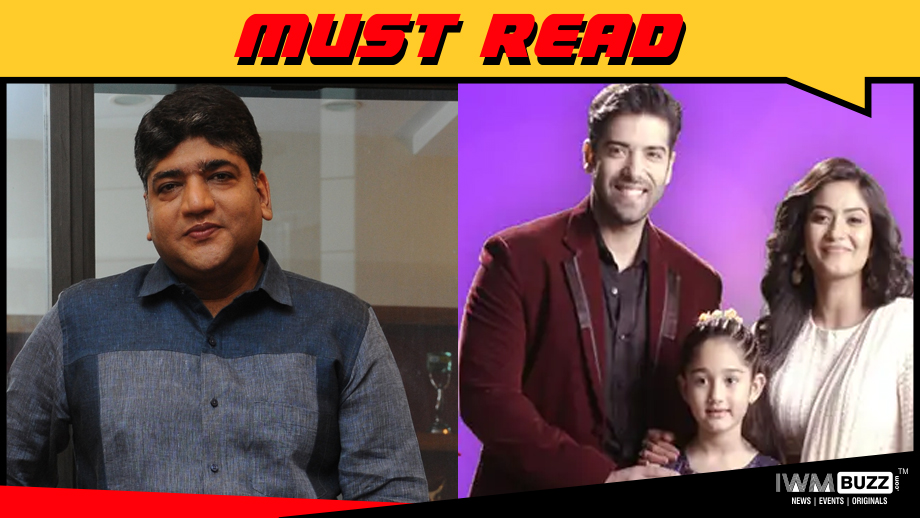 The show which talked about love blossoming out of an extra-marital relationship and its consequences on many lives, will now be taken forward on the web space.

With actors Drashti Dhami and Abhinav Shukla moving out of the story line as part of natural progression, the story now revolves around the prime characters played by actors Shakti Arora, Aditi Sharma and Kinshuk Mahajan.

IWMBuzz.com got in touch with Producer Sunjoy Waddhwa, Sphereorigins on this interesting and one-of-its-kind decision of taking a show made for television ahead on the digital platform.

Says Sunjoy Waddhwa on the key factors that lead to this digital shift, “The show was giving encouraging numbers on Voot from the beginning itself. The essence of the show as you see is very different, and is not the regular kind of stuff seen on TV. So that’s how the decision was taken when it was discontinued on Colors. We are one of the first daily soaps to be seen on an OTT.”

Talking about the exit of Drashti Dhami earlier from the show, the Producer states, “Of course, Exit of Drashti was anyway planned, as there was a leap happening in the show. Drashti was averse of playing a mother and as you know, there are kids in the show now. She had put forth this point quite early and we respected her decision. We wanted to move on and solved things amicably. We took a leap and introduced kids.”

“The zone of the show is about everyone being right and how situations can turn cruel. I think it is a very good subject for an OTT platform. Since we are into the daily zone, with that much content and story still to tell, the story will go forward in a very good manner with lot of dramatic twists in the lives of the prime characters,” he further states.

Sunjoy Waddhwa mentions about the fact that the show took a decent logical end on Colors, and yet the next episode went on when streamed on Voot.

Talking about the format of streaming that will be deployed, he states, “The show will follow a daily format. The brand new episode will be streamed daily at whatever time Voot comes out with its fresh episodes. Usually Voot streams episodes during the first half of the day. The same process of shooting will continue and there will be no change. Of course, demands of OTT are little bit different in terms of story. Those demands will be met as the story will progress. That will be the only difference. Otherwise, the actors are all there.”

Opening up on the reason for ratings not showing up on Colors, Waddhwa confides, “I would say that the problem started when the biggest decision of airing Silsila at 11 PM was taken. The show would start beyond 11 and would end close to quarter to 12PM. Even at this time of airing, apparently we had a rating of 0.9 with the last episode going to 1.0. The best thing is that the time spent of the show has always been in the range of 17 and 18 minutes for a 22 minutes episode.”

So does it mean that the bold concept had no say at all when it came to the low numbers? “No, I don’t think that the bold concept was the reason. The show had good numbers at 10 PM. The time spent on it was really high. I can also feel that this is another facet that we as Producers can look into. There have been shows which have been made for GECs that also got streamed on the digital platform. When the show went off air, the publishing stopped. But here, we have started streaming it on the web space after it ended on TV.”

How easy or difficult was it for you as Producer to make this shift from TV to the web space with respect to Silsila? “See, these are changing times. We need to make instant and dynamic decisions. I see this as another opportunity that has started for us. We look forward to a good run with Silsila Badalte Rishton Ka being on Voot.”

Best of luck, Team Sphereorigins for this new beginning!!