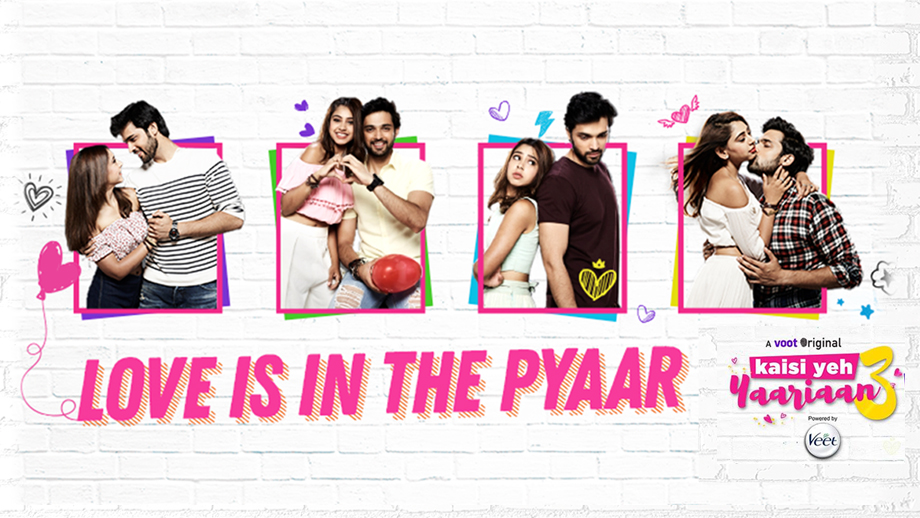 There have been lots of expectations from BBC Worldwide-produced Kaisi Yeh Yaariaan Season 3, which has now moved to web (Voot). To be honest, we enjoyed it. The first five episodes have showed a breezy love story between Manik (Parth Samthaan) and Nandani (Niti Taylor).

The story takes off from where it ended. As you progress in life, you move up the ladder;so here, both have become professionals. Manik has become a four-album-old rock star, while Nandani is a scientist who uses music to chart the stars. The plot also touches upon the extremely busy schedule of today’s young professionals. Although both live together, they hardly get time to be with each other.

She goes against the normal tenets of romance and proposes to him right in the first episode, but alas, he turns her down. He is scared of commitment, given his family history. But interestingly, he does not want her to date anyone else and also misbehaves with the guy she brings along for Mukti’s (Charlie Chauhan) engagement.

Niti acts very well as a young woman, head over heels in love. What really works for her is her very innocent demeanor; guess western outfits make you look younger, compared to how other girls her age look in desi outfits. Her acting also is going up notches, for sure.

Parth is playing the ‘attitudes-galore’ rock star to the T. What really impressed us was the chinks in his blasé ‘I don’t care a damn’ attitude; he really cares for Nandani, and it shows.

To be fair, more than Niti, Parth needs this show to fire, for after KYY, he has nothing to show for himself except the controversies surrounding him. There is no clarity when his long-delayed film will eventually release as well.

So KYY 3 could be just what the doctor ordered for him; but on the flipside, he will get even more typecast as Manik. Niti, on the other hand, already has Ghulaam on her CV, which saw her in a different avatar.

Interestingly, KYY breaks another mould; while there are no lovemaking scenes or skin-show so far, Parth keeps dropping his shirt, we even saw him in the pool. However, Niti refrains from any skin show.

If there’s another actor who has really impressed us this far, it is Charlie Chauhan, who returns as Mukti. She is full of life, and yes,a shoulder to cry on, for both Nandani and Manik; those scenes are fun.

She has found love and is really happy. But she might have landed a queer family. We are a bit confused as to the intentions of her would-be husband, Zubin (Pranay Pachauri); is he gay? Her sister-in-law, Jefferina (Barkha Singh), is lesbian for sure, as she tried to hit on Mutki. A gay brother-sister pair would be a new template; well done, producer Myleeta Aaga (BBC Worldwide)!

The antics of Nonyonik (Kishwer Merchant), who Manik hates, are yet to be seen. Will she again wreak havoc, or has she grown a new leaf?Only time will tell.

Radhika Bangia is doing a good job as the b** singer, Inaya, who wants Manik. The bald guy who acts as flustered manager, trying to keep Manik in check, was quite representative of most artists’ managers. It isn’t easy to handle a star’s ego. Some of the songs which played were good to the ear.

Kudos to BBC and Voot for not changing the grammar of the show by unnecessarily adding a bold quotient.The cute flashback moments of romance bring a smile to our faces.

There was one jarring element though–the selection of the actor who played Nandini’s chacha…he did not seem apt, for he is a young guy and it shows on his face.

Could the creative have not retained more of the original fab5cast? Guess this web series wanted to focus more on Manik and Nandani, and did not need more characters as a long-running TV show does.