Tiger Shroff the extremely handsome macho actor turned 30 on March 2 and Subhash K Jha got into a conversation with the actor wherein Tiger talked about his dream home, his relationship with Disha Patani, his projects and his love for his parents.

You turned 30 on March 2 without any fanfare?

That’s the way I’ve always liked it. I like my birthdays to be working days. My parents did a lot of cakes and balloons and parties for me when I was a child. Now it’s time for me to work hard so I can give them back some of the love they’ve showered on me.

Did you buy a posh family home a year back?

We are yet to move into it. It’s being done up, furnished and designed for the last one-and-a-half years. We should be able to move into it by the end of this year. This is the home I’ve always dreamt of buying for my parents.

So one room in this dream home for you and Disha Patani?

(laughs) Nothing like that. Sir, where does she come into this family home? No, Disha is a wonderful friend and co-star. I shot a fabulous song with her for Baaghi 3 and we had a terrific time shooting it.

Would Disha be your co-star in your next film Hero-Panti2?

She could be. We haven’t decided yet on other details. We only have the script and me and of course my director Ahmed Sir (Khan). I am grateful to have a producer like Sajid Nadiadwala who has believed in me from the beginning. I regard Sajid Sir as a family. He will always get priority in my career. His films come first for me.

You recently broke out of his ‘Nadiadwala’ comfort zone and delivered a thundering hit with Yashraj Films’ War?

War just took off to another level, and I’ve to admit sharing screen space with my idol Hrithik Sir was an experience I will cherish all my life. He has been an inspiration all my life. And to now observe him from such close quarters was a learning experience.

War is now a franchise. But since your character died in the film would you be a part of the sequel?

All I will say at the moment is, you didn’t see my body in War, did you? There are many ways to manoeuvre the script to accommodate both of us.

The response to your suited action avatar in the Hero-Panti 2 has been overwhelming?

For once I am with my clothes on in the poster. I will be doing the fights in suits and formal wear for the first time. This time the action is more on the lines of Mission Impossible and James Bond. I am looking forward to getting into Hero-panti 2.

What do you have to say about the action in Baaghi 3?

When after Baaghi we did Baaghi 2 we made sure the action went to the next level. In Baaghi 3 we’ve taken the stunts up by two levels since Baaghi 2. It’s something I’ve never done before.

In Baaghi 3 you get to share screen space for the first time with your father Jackie Shroff.?

It was an experience I was waiting for. The minute he entered the set all eyes and attention were on my father. And I was just so happy to let him be the centre of attention. He has a natural aptitude for attracting crowds and adulation whereas I am far more shy and happy to go unnoticed.

Jackie Shroff was far more laidback about his career than yours?

Those were different times. But even then, Anil Uncle (Kapoor) was hardly laidback. In today’s times, every actor has to be on his toe constantly. I’m grateful for what I’ve got during my six years as an actor. I’ve to constantly keep working harder and harder to ensure I don’t lose the success that God has given me.

To make my parents happy. Nothing matters more than that.

Did You Know Tiger Shroff Once Made His Sister Krishna Shroff Believe She Is Adopted: Know What Happened

From Akshay Kumar To Deepika Padukone And Vidyut Jammwal: 5 Indian Actors Who Are Trained In Martial Arts What Do Tiger Shroff & Janhvi Kapoor Have In Common? 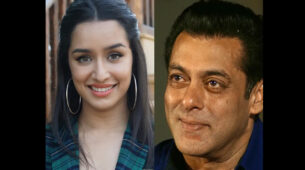 Shocking!!! Shraddha Kapoor’s Debut Was Planned Beside Salman Khan In... Hrithik Roshan Vs John Abraham: Who Raises The Mercury Level In Shirtl... Ranbir Kapoor VS Hrithik Roshan VS Shahid Kapoor: Who looks the hottes... 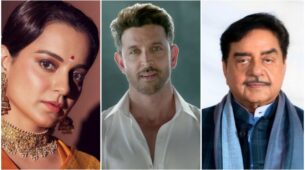 Times When Tiger Shroff Proved His Love For Bikes, Check Out 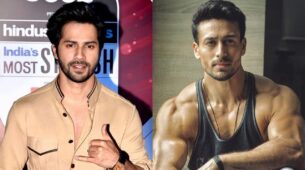 Varun Dhawan Vs Tiger Shroff: Whose Net Worth Is The Highest? Tiger Shroff vs Varun Dhawan: Who has the best tracksuit collection?