Janhvi Kapoor is one girl who has been rising to the top since 2018 with her work. After being appreciated for her work in Dhadak, Janhvi Kapoor has signed films left, right & centre. Her upcoming films include movies with Rajkummar Rao, and also Kartik Aaryan in Dostana 2.

Since her mother’s unfortunate demise before her debut film, Janhvi has gotten even closer to her father. On the occasion of her father Boney Kapoor’s birthday, Janhvi has a heartfelt wish for her papa dearest. Take a look –

Happy Birthday Papa ❤️ you always ask me where I get my energy from papa and I get it from you. Seeing you wake up and doing what you love with more passion every single day, seeing you fall but get up even stronger, seeing you broken but giving us and everyone else strength when they need it. You’re the best man I’ll ever know. You inspire me, encourage me, you’ve always been the best dad but now you’re my best friend. I love you. I’m going to make you so proud. You deserve all the happiness in the world and I hope and pray this year is full of just that in abundance for you. 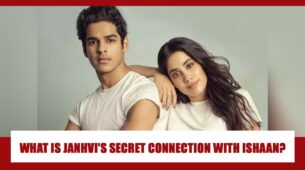