IWMBuzz tells you about 10 celebrities who battled depression successfully 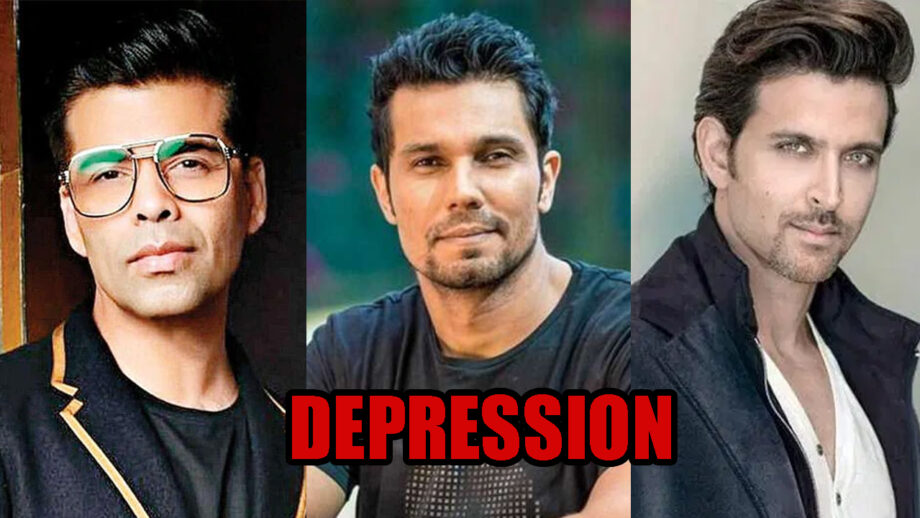 Depression and mental health have always been an important issue but the most unfortunate thing about it is that it becomes a ‘hot’ topic only when someone passes away while dealing with the same. Sushant Singh Rajput’s sudden demise has literally shaken the entire entertainment fraternity and once again people are talking about the importance of mental health. But did you know that Sushant wasn’t the first celebrity to deal with depression? Before also, there have been celebrities who have dealt with it. While some could somehow come out of it, some couldn’t. Let’s take a look at some of the celebrities who dealt with depression earlier, as per media reports

i) Hrithik Roshan – Many were surprised when Hrithik Roshan came out openly about his depression in the year 2016. Hrithik mentioned in 2016 that he has gone through depression. We wonder what could be the reason though. (Source: Indian Express)

ii) Karan Johar – Not many know that Karan Johar has himself gone through depression. Times were difficult back then in Mumbai in the 90s where underworld activities were on a high. KJo had received threats from the underworld regarding the rights of his film Kuch Kuch Hota Hai and the situation was so difficult that he had to fly to London when the film released. He is one of those unfortunate ones who couldn’t attend his own debut directorial’s premiere.

iii) Randeep Hooda – Randeep had quite a difficult time after playing the character of Sarabjit. He has himself gone on record to say that sometimes certain characters get so much into you that you find it difficult to disassociate yourself from that. He had quite a depressing period post that. (Source: IndiaTimes. com)

v) Anushka Sharma – Anushka Sharma too has had her own issues with anxiety. Not only does she suffer from anxiety but has even taken to medication to deal with the same. However, a confident Anushka never shied away from saying the truth because she feels it is extremely normal. (Source: Inuth. com)

vi) Deepika Padukone – Perhaps the one name who has always been vocal about depression and mental health is Deepika Padukone. Although she never clarified the reason for her depression in details, people speculate that despite investing so much in her relationships, them failing one after the other had a huge role to lead to her depression. Now, of course, she’s happily married to the love of her life, Ranveer Singh. (Source: NDTV)

vii) Manisha Koirala – Manisha Koirala is a fighter in the true sense of the term. The actress has not only beaten cancer but also clinical depression. ( Source: Parentcircle.com)

viii) Ileana D’Cruz – Ileana suffered for a long time from Body Dysmorphic Disorder that led her to anxiety. She even went on record to say that she had suicidal thoughts but finally she battled it all and has emerged out victorious. (Source: India Today)