Who is the highest-paid actress between Kiara Advani, Kriti Sanon and Sara Ali Khan 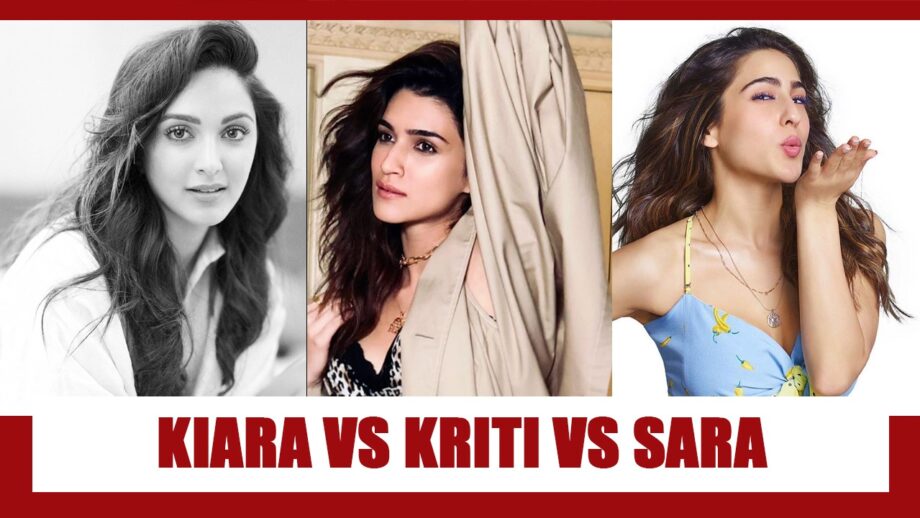 Kiara Advani, Kriti Sanon and Sara Ali Khan are three of the leading sensations of B-Town at the moment and given the kind of talent and potential that they have, one can easily say that the future of Bollywood is in good hands. The last few years have given the industry some new and talented people and the best thing has been that outsiders and star kids have co-excited in the long run. That’s the reason, while we talk about star kid Sara Ali Khan here, we are also talking about actors like Kiara Advani and Kriti Sanon in the same discussion.

We all know the limitless potential that they have and what these actresses bring in to the table. But readers, are you all aware about their movie charges and who probably is leading the charge here between this trio? Well today, we reveal it to you.

As per reports in caknowledge.in, both Kiara Advani and Kriti Sanon charge between 2-3 crores per movie whereas reports suggest that Sara Ali Khan charges between 1-2 crores after the success of Simmba. So given these stats, it’s pretty much evens-stevens between Kiara and Kriti.

Are you all surprised? Let us know your views in the comments below and for more updates, stay tuned to IWMBuzz.com