My Niece & My Son Are The Future Of Politics: Shatrughan Sinha | IWMBuzz
Subscribe Now
Movies | Celebrities

In conversation with Shatrughan Sinha Your son Luv lost the the Bihar Assembly elections?

Regardless of the outcome of the election, I’m proud of my son.It was his decision to contest the elections. I had nothing to do with it. And now that he has taken the plunge, he has shown maturity and sensibleness.

If Luv continues to pursue a career in politics would you be guiding him in his political career?

I am always there for all my three children. Whenever Luv needs my guidance he just needs to ask. Otherwise I don’t interfere with my children’s life and career.Even with my daughter Sonakshi,I don’t offer unsolicited advice. If she asks my opinion on a particular project I give it.

Your niece in the US works closely with Ms Kamala Harris?

Yes, Preeta she is my elder brother Dr Lakhan Sinha’s daughter. I’m as proud of Preeta as I am of my own daughter Sonakshi. Both have made it on their own without seeking their parents’ help. Preeta worked with Ms Kamala Harris during the American elections. I am so happy to say that she was a small part of Ms Harris’s success. I feel more young people should come forward to join politics. Lalooji’s son Tejashwi, Ram Vilas Pawanji’s son Chirag ,my son Luv and my niece Preeta are the future of politics.

You mean senior politicians should retire?

I am not saying that at all.But the voice of wisdom and experience are invaluable to politics. I always sought the guidance of my seniors ,my guru and mentor Shri L K Advaniji and Shri Atal Bihari Vajpayeeji. Likewise I expect the young brigade to make use of the wisdom they have around them. With josh they also need hosh.

You have been an ardent supporter of Lalu Yadav. His son Tejashwi could come to power.The people of Bihar felt his party’s return to power meant the return of Jungle Raj in Bihar 15 years ago when crime rates were hitting the roof in Bihar?

Firstly I think the crime rates were exaggerated. I am not saying all was well during Laluji’s regime. But this is a new era. New blood taking over. They’ve zero tolerance for crime. I would also like to ask the people of Bihar one thing: if there was Jungle Raj during Lalu Raj, what did Nitish Kumarji do for Bihar after Laluji? The people of the State brought him into power with great expectations. Instead of an attitude of gratitude Nitish Kumar flaunted an arrogance of power that has brought Bihar to the brink of anarchy.The people of Bihar are very angry and hurt. If the people of Bihar have voted Nitish Kumar back to power he must respect the mandate and rectify all the errors.

Do you feel Tejashwi who is 24 and inexperienced could have run Bihar in Nitish Kumar’s place?

Some of the greatest achievers of the world today are in their 20s. Age has nothing to do with capability.Maybe it will be Tejashwi 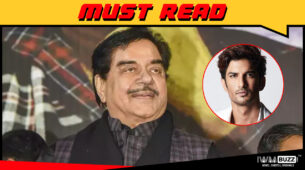 Suddenly everyone is Sushant Singh Rajput's friend, offering two-bits on him: Shatrughan Sinha This film industry is not kind to outsiders, especially from Bihar: Shatrughan Sinha 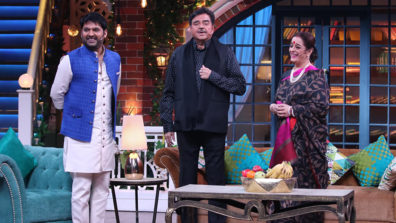 "I was a late-latif and had slept through the narration of Kaalicharan," reveals Shatrughan Sinha on The Kapil Sharma Show