It is no hidden secret that the love affair and relationship between Prabhu Deva and Nayanthara was one of the biggest talking points of the South Film Industry for the longest time. So what exactly is extra special about two celebrities who are just in love with each other? Well, the extra limelight in the situation is only and only because Nayanthara and Prabhu Deva were having an affair when Prabhu Deva was already married, as per media reports. In fact, Prabhu Deva’s first-wife Latha has even gone ahead to curse Nayanthara for being the ‘homewrecker’ in their life. It is to be noted that Nayanthara and Prabhu Deva kept mum about their relationship for the longest time before news breaking out in media. Prabhu Deva even went ahead to file a divorce with his first wife. So if all was hunky-dory, why did they break up?

Well, as per speculations in media, post Prabhu Deva’s divorce, he had been subject to a lot of criticism and his image had gone down the drains. He apparently couldn’t deal with all this due to which he broke up with Nayanthara. The breakup left Nayanthara shattered and she even went on record to say that.

So guys, that’s the real reason behind the break up of one of the South industry’s most looked-after couples, Prabhu Deva and Nayanthara. 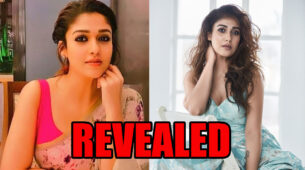 Want hot and sexy belly curves like Nayanthara? Take inspiration from these photos Nayanthara is a huge horror movies fan. Here’s why?