Subhash K Jha scoops out interesting Bollywood tale from the past 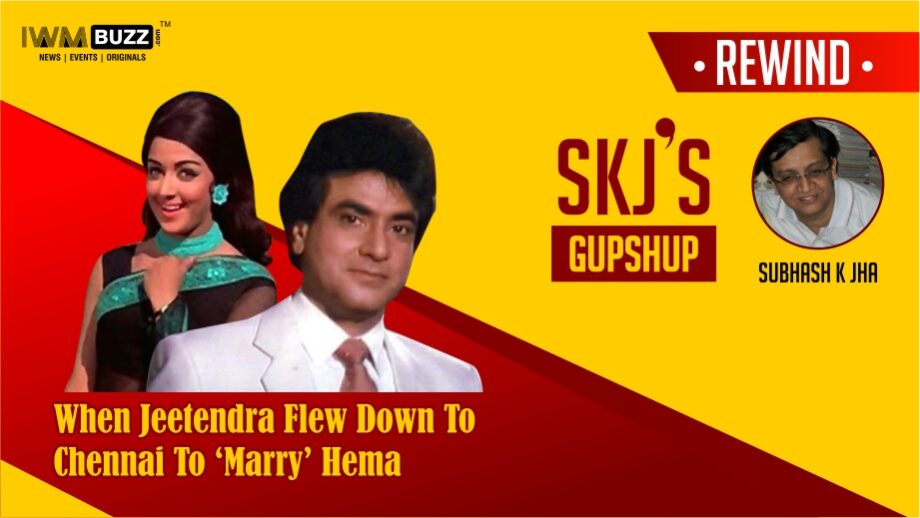 In her time there was no woman in India as desirable as Hema Malini. She was loved by many. But she loved only one. At least three prominent actors were madly in love with Hema. They were Sanjeev Kumar, Jeetendra, and Dharmendra. But Hema loved only her “Garam Dharam” and defied her authoritarian mother’s wishes to finally marry the much-married father-of-three Dharmendra.

Among the many was the 1960-70s’ star Jeetendra who, accompanied by his parents, actually flew down to Chennai (then Madras) in 1974 with a marriage proposal to Hema and an overnight wedding. Jeetendra fell in love with Hema while working together in a film called Dulhan. Hema’s mother approved of the match for no other reason except that Jeetendra, unlike the man Hema favoured, was unmarried.

When Dharmendra heard of the impending wedding in Chennai he panicked. He immediately rang up Shobha, Jeetendra’s patient, and unrelenting girlfriend. Shobha and Dharmendra flew down to Chennai to stop the catastrophic wedding.

No one knows how Dharmendra convinced Hema to not marry the single bachelor (albeit in a committed relationship with another woman) and to marry him instead. But she took the plunge and never regretted it.

As for Jeetendra, he eventually married Shobha, and they lived happily ever after.

Now when Hemaji looks back at her younger days she is surprised that she made the right decisions in life.

“I’ve never regretted anything I’ve done in my life,” she says.

Songs of Mohammed Rafi we still remember from Bollywood movies

My fans and well-wishers are like oxygen to me: Dharmendra

5 Reasons why Pati Patni Aur Woh is a Winner