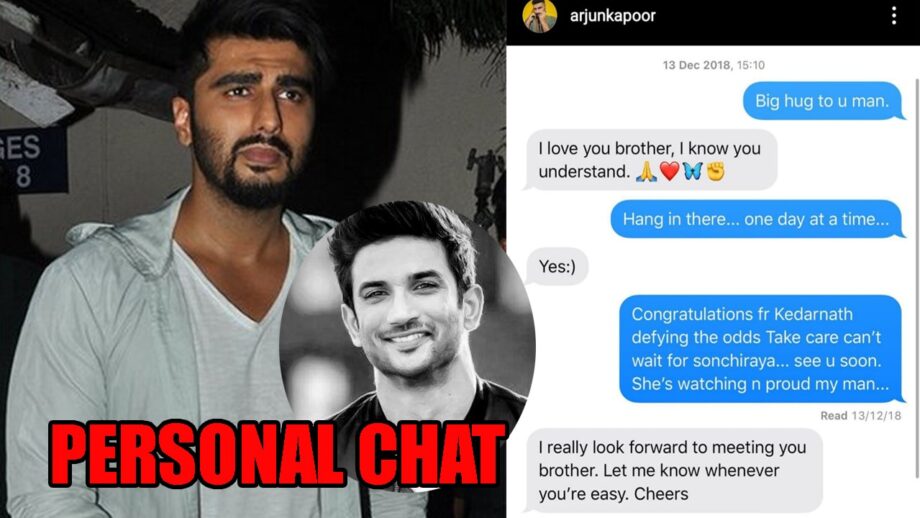 Sushant Singh Rajput has been a name that resonated with the word success. He made transition from TV to films and looked absolutely effortless and the potential he has already shown in his short and illustrious career is truly commendable. However, everything has come to an end with the tragic news of the actor committing suicide. He was reportedly battling depression for a long time and was taking anti-depression pills. Almost everyone from the entertainment industry has shared their last departing message for Sushant and the latest to do so is Arjun Kapoor. However, Arjun Kapoor’s message is a tad different from others. Arjun took to social media to share a screenshot of his personal conversation with Sushant Singh Rajput after the latter received a lot of accolades for his performance in Kedarnath. Check out the private conversation here below –

18 months ago… My last msg to him was when he posted about his mom a week after the release of Kedarnath. He was missing her I assume while the movie was being celebrated. I didn’t know him well enough though our paths crossed at yrf, events & screenings every now & then. I can’t say I understood what made him make this choice. I can say I felt the pain he did about losing his bearings & feeling that void of his mother. I hope ur in a better & happier space my friend. I hope u have found ur peace. We will all wonder & try & make sense of what happened today. I just hope & pray that when the circus settles down we as a society in due course realise ur choice wasn’t driven by one singular moment or thing but a culmination of so much that defines a human being not just by the profession u were in. Rest my dear brother Sushant you are now I hope at peace.