Park Ji-min who is prominently known as Jimin from the Korean Band group: BTS. Jimin is a South Korean singer, songwriter, and dancer. He debuted as a member of the boy band, BTS in the year 2013. He attended Just Dance Academy and learned popping and locking dance, during middle school. Jimin also studied contemporary dance at Busan High School of Arts and was a top student in the modern dance department. His first release in 2013 with BTS was a single ‘No More Dream’. In the BTS group, Jimin is a vocalist and dancer.

Jimin has delicate and sweet vocals. Jin has revealed that he takes the singer ‘Rain’ as one of his inspirations and also a reason why he wanted to become a singer as well as a performer. In an annual survey conducted by Gallup Korea in 2016, Jimin was ranked as the 14th most popular idol. Apart from this, Jimin has a great sense of humour. He always entertains his fans with his acting skills.

There are many times when he has performed on stage and that makes him an entertainer too. But, there are times when the things didn’t go according to plan and oops moments got captured on the camera.

Here are some of Jimin’s awkward and embarrassing moments. Have a quick look. 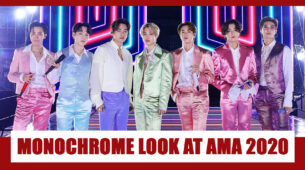