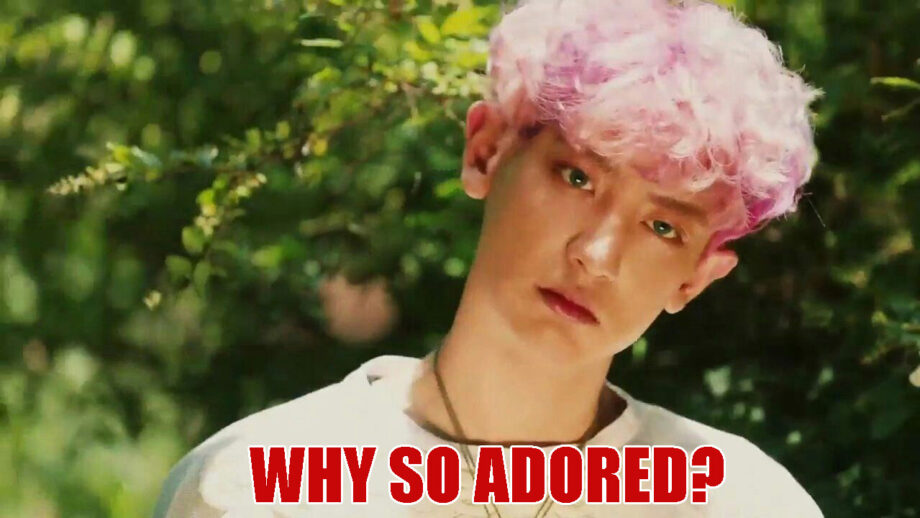 Park Chanyeol is a well-known rapper of the well-known South Korean boyband EXO.

Park joined SM Entertainment through their casting call, and that point he was all focussed on rapping. He made his debut in Seoul.

It is needless to say how successful Chanyeol is in his career. He has collaborated with many other renowned celebrities; he has written several songs and came out to be a brilliant composer! Not just that his acting career has been a bomb!

1. He showed up in TVXQ’s “Hahaha Song” alongside Kai and Suho.

2. He additionally made an appearance in TTS “Twinkle” and Girls Generation “Genie (Japanese Version)”.

3. He is also a brilliant actor. He acted in several movies and dramas like, Salut Admour, Exo Next Door, So I Married An Anti-Fan

4. Can play numerous sorts of instruments

5. Chanyeol has named himself as “Reversal Voice” since his baby-like face contrasts his profound masculine voice.

6. He is the one who designed the EXO’s logo.

7. He is extremely fun-loving and is full of humour.

8. He extremely loves Dara(2ne1) and is a true fanboy.

9. He loves to create music. And he is grand in all aspects.

10. He is very calm and humble and has always been a darling to his fans.

11. He accepts he got his positive vitality from his mother and wistful from father.

12. His eyes! His eyes are so bright and so beautiful and is often appreciated for his looks.

13. He is always into charity work, and he also says that charity work makes him really happy.